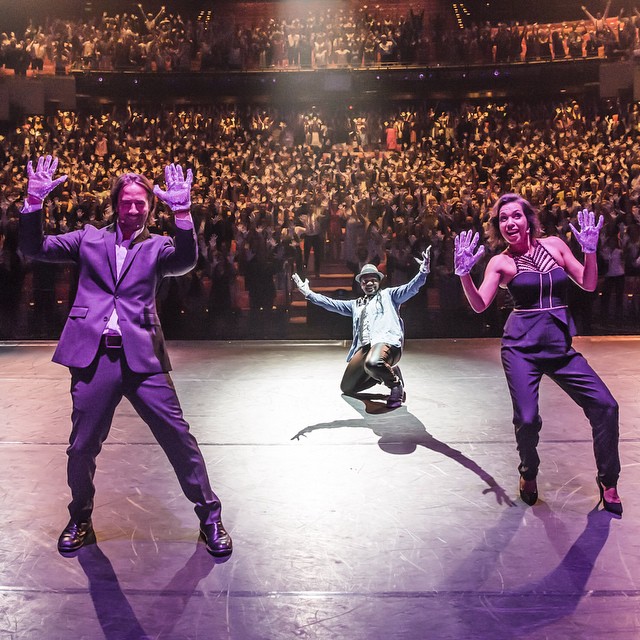 The 2014 Australian Dance Awards were held at the Sydney Opera House last Sunday, November 9, and it was certainly an evening to remember! The whole event was a fantastic celebration rejoicing in the dance community’s busy year of stellar performances and unforgettable experiences. To find out who the winners were, see below.

One notable moment from the Awards was when the beloved Gailene Stock AM CBE, who sadly died earlier this year, was inducted into the Award’s Hall of Fame. Garth Welch gave her a touching tribute, outlining her extraordinary achievements over a lifetime in dance. [See a special tribute to Stock by Dance Informa writer and her former student Rebecca Martin in this month’s magazine edition here.]

Choreographer Leigh Warren, former director of Australian Dance Theatre and Leigh Warren Dance, was also presented the Lifetime Achievement Award for his significant service to the industry. As a dancer, Warren was once renowned for his impeccable technique and mesmeric performances with The Australian Ballet, Ballet Rambert, Nederlands Dans Theater, Nureyev and Friends and other international companies. It was an honour to see his long and substantial career recognised.

Also, dancemaker Gabrielle Nankivell was named the inaugural recipient of the new Keith Bain Choreographic Travel Fellowship. She is currently developing two works, Split Second Heroes and Runaway according to her choreographic website.

In addition to the exciting presentation of the awards, live performances were scattered throughout the event with more than 90 dancers performing.

Overall, congratulations to the award winners and the performers, and thanks to hosts Kip Gamblin and Frances Rings for taking us through the many scheduled festivities and to Ausdance for organising a fabulous evening! Dance Informa was proud to be the media partner for the 2014 Australian Dance Awards and had fun hosting the official photo wall and conducting red carpet interviews.

AND THE WINNERS ARE….

Buzz Dance Theatre for Look the Other Way

OUTSTANDING PERFORMANCE BY A COMPANY

The Australian Ballet for Cinderella

OUTSTANDING PERFORMANCE BY A FEMALE DANCER

OUTSTANDING PERFORMANCE BY A MALE DANCER

Sue Healey for On View

ALSO, take note: According to Ausdance, the 2015 Australian Dance Awards will be held in Adelaide! Since the inaugural presentation of the Awards in Sydney in 1997, they have been held in various venues across the country, from Melbourne to Brisbane to Perth to Canberra. Be on the lookout for more information and a call for nominations!