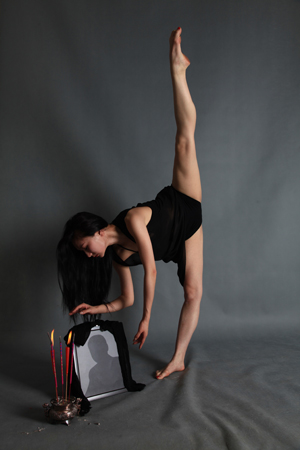 Fault Lines, a unique collaboration between Leshan Dance Company, Melbourne Arts Festival and Christchurch Arts Festival, is touring to Sydney and Canberra on June 11-16. It depicts the human response to the devastating earthquakes in Christchurch and the Sichuan province of China.

The show had its world premiere at the Melbourne Festival in October 2012 in an exclusive partnership between New Zealand choreographer Sara Brodie and China’s Sichuan province-based Leshan Song & Dance Troupe. Together they crafted an intimate, personal response to explore shared earthquake experiences by combining traditional Chinese dance and culture with contemporary dance.

On a quiet spring afternoon in 2008, an earthquake measuring eight on the Richter scale devastated the Sichuan province of China, killing over 69,000 people. It was a natural disaster on such a scale that defied imagination – but for millions of Chinese survivors, there was nothing for it but to pick up the pieces and carry on.

The earthquake hit with intensity, and inflicted fear, trauma, and not only the loss of loved ones, but the loss of inner peace. The choreography and the dancers take the audience on the roller coaster journey that follows this event. In a dance of rare technical prowess, Fault Lines is a sincere elegy to those lost, and a stirring tribute to the resilience of the human spirit.

In our review of the show’s premiere, Dance Informa wrote, “The dancers moved with such grace and ease, it was as though they were weightless. This is a must-see performance.”

As well as dance and theatre, the performance includes elements of song. Composer Gareth Farr sat in on the creative process and composed the music as the work was put together. In addition to his new score, the show also includes Questioning the Mountain (written by Gao Ping in response to the Sichuan earthquake) and Nor’West Arch (written by Farr in response to Christchurch’s quake.)

Fault Lines will come to Sydney’s Roslyn Packer Theatre in Walsh Bay from Thursday, June 11 to Saturday, June 13 for four performances. Then it will visit Canberra Theatre Centre on Monday, June 15 and Tuesday, June 16. For more information, visit www.faultlines.co.

To win a double pass to the opening of Fault Lines in Sydney on June 11, email info@danceinforma.com with the answer to this question: What province is Leshan Song & Dance Troupe based in? Please title the email “Fault Lines Giveaway.”  Please provide your full name, mailing address and date of birth. This competition opens May 4 and closes June 1. Enter to win now!