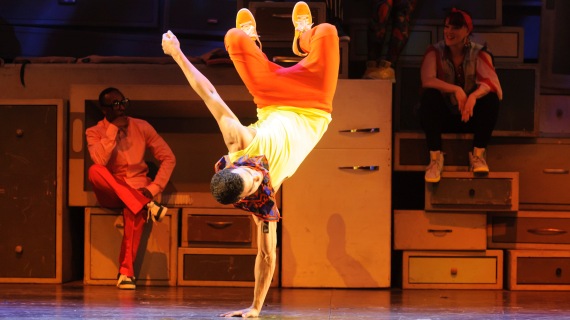 Opening 8 January, BLAZE also offers a chance to watch 16 of the world’s best dancers, including Australia’s own Demi Sorono, star of Channel 10’s So You Think You Can Dance (2008.)

Dancers can krump, lock, pop or moonwalk their way to free tickets to the international dance spectacular BLAZE. Regular tickets start at $49.

BLAZE is the ultimate night of entertainment for the whole family. The production has played to sold-out crowds in London, Paris, Berlin and Bangkok.

The Sydney performance season will run from 8-16 January at the Sydney Opera House Concert Hall.

To book tickets or for more information on the Battle for Tix, call 02 9250 7777 or visit blaze.sydneyoperahouse.com.

Following its Sydney season, BLAZE will travel to the Arts Centre Melbourne. For more information on Melbourne performances, which run 23-27 January, visit www.artscentremelbourne.com.au.