West Side Story gets rave reviews 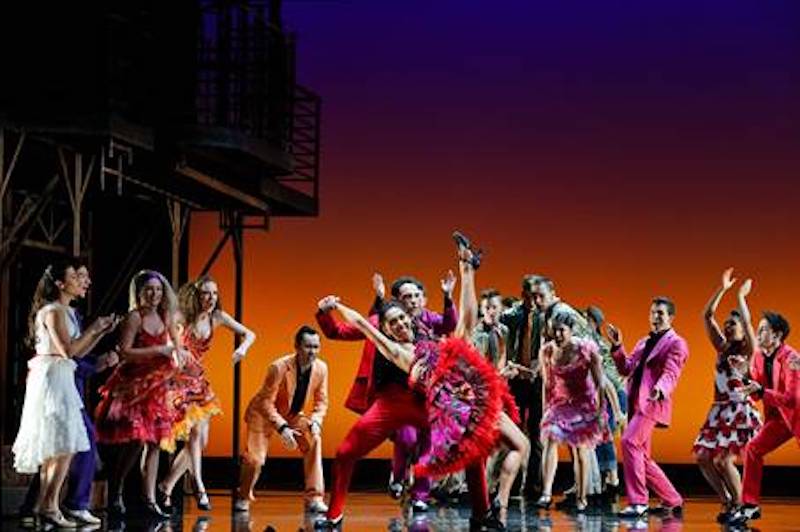 Opera Australia, GWB Entertainment and BB Group production of WEST SIDE STORY opened in Melbourne to rave reviews. Prior to an International Tour and a Season at the Sydney Opera House from 16 August 2019.

This stunning production, commenced it season playing at Arts Centre Melbourne and will then embark on an international tour giving this young, vibrant cast the opportunity of a lifetime as they tour to Wellington Opera House; then onto three German cities including the Musical Dome, Cologne; State Opera Berlin (Staatsoper Unter den Linden) and Semperoper, Dresden. The company will then open on 16 August at Sydney Opera House and finish with their tour to Canberra Theatre and Adelaide Festival Theatre.

The all Australian cast of 34 features a dynamic mix of established performers alongside some of Australia’s most exciting emerging talent in this celebrated production.

The Times (UK) hailed WEST SIDE STORY as the “No.1 Greatest musical of all time”.

When the original Broadway production of WEST SIDE STORY opened in 1957, musical theatre changed forever.  The genius of its four creators, a remarkable collaboration between composer Leonard Bernstein, author Arthur Laurents, lyricist Stephen Sondheim and choreographer Jerome Robbins, produced a timeless masterpiece whose thrilling unity of music, dance, book and lyrics has been rarely matched since.

This vibrant staging of WEST SIDE STORY by Joey McKneely has received world-wide acclaim since its premiere at London’s Sadler’s Wells.  McKneely is a two-time Tony Award-nominated choreographer whose Broadway credits include Smokey Joe’s Café, The Life, Twelfth Night, The Wild Party and The Boy From Oz.