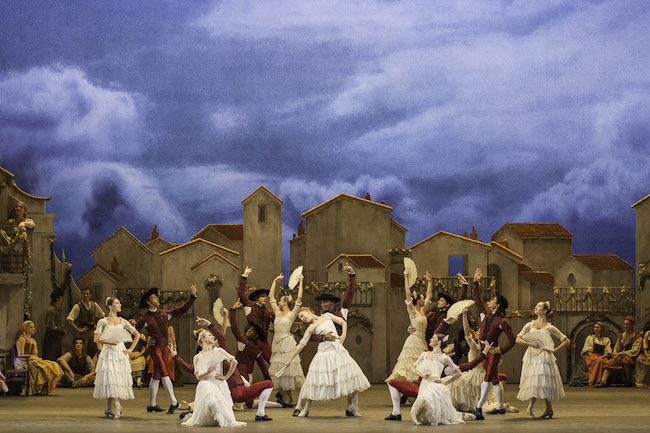 Carlos Acosta’s version of Marius Petipa’s Don Quixote showcases his world-renowned choreography danced by Australia’s Alexander Campbell and Akane Takada. Inspired by Cervantes’s classic novel, the ballet tells the story of the idealistic and eccentric knight Don Quixote and his adventures with the young lovers Basilio and Kitri.

Audiences in Australia are never far from a performance at the Royal Opera House, with the performances screened in Event Cinemas nationwide and in Village Cinemas in Victoria and Hobart until July.

During 2018-19, the Royal Opera House in London’s Covent Garden is exclusively presenting 10 thrilling performances of world-class opera and ballet to cinemas across Australia. This forms part of the Opera House’s celebrations of 10 years of cinema broadcasting in 2018 and of selling more than one million cinema tickets worldwide during the 2017-18 Season.

All Wednesday sessions at Event Cinemas will include complimentary morning tea. Tickets cost $20 for adults, $18 for concessions and $102 for a multi-pass to six titles.

For tickets and further information visit www.eventcinemas.com.au/roh and www.villagecinemas.com.au. Don Quixote will be screened on April 7 and 10.

Photo: The Royal Ballet in Don Quixote in 2013. Photo by Johan Persson.