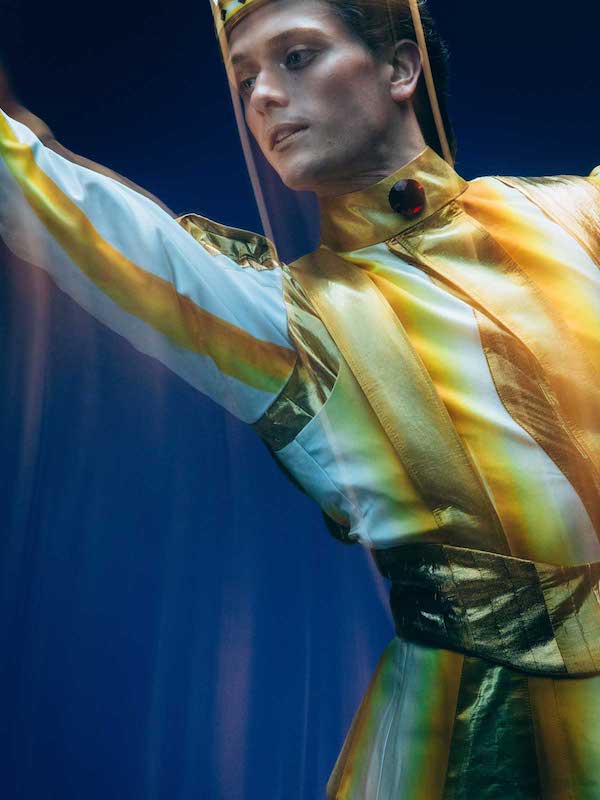 In Oscar Wilde’s lyrical story, a prince who has lived a carefree life behind his palace walls becomes a magnificent golden statue. From his new vantage point he can see his subjects for the first time, and realises that his city is full of poverty and sadness. Awoken to compassion, he begs his friend the Swallow to take the gold and precious jewels from his statue, fly down into the city and give them to the poor. After a series of colourful adventures, the selfless Prince and the loyal Swallow end up with nothing, but eventually find bliss.

Murphy’s distinctive choreographic style will animate the golden Prince, his sassy friend the Swallow and the seductive Reed – and will bring a particularly Aussie flavour to Wilde’s happy ending.

This all-Australian premiere will feature a specially commissioned score from the renowned composer Christopher Gordon, who wrote the scores for the films Mao’s Last Dancer and Master and Commander, alongside the work of award-winning artist and director Kim Carpenter, who adapted the story and created the vibrant design for the ballet.

Playful and poignant, The Happy Prince will capture children’s imagination with its vivid spectacle and adults’ attention with its timely message: a kind heart shines brighter than gold.