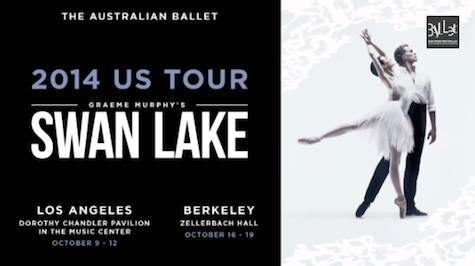 For its 33rd international tour, The Australian Ballet has landed in America, where it will perform in Los Angeles for the first time in more than four decades at The Music Center’s Dorothy Chandler Pavilion on October 9-12 before travelling to perform at Berkeley on October 16-19 in Cal Performances’ Zellerbach Hall. The company will present Tchaikovsky’s Swan Lake choreographed by Graeme Murphy.

The Artistic Director of The Australian Ballet, David McAllister, said he is thrilled to bring the company back to the U.S. West Coast along with an internationally acclaimed masterpiece and Australian classic, Graeme Murphy’s Swan Lake.

“It’s been over 40 years since The Australian Ballet last toured to L.A. and almost 25 years since we last performed in the San Francisco Bay Area. It’s especially exciting to bring with us an Australian Swan Lake, and a production that showcases our strength and unique style,” McAllister said.

“Murphy’s Swan Lake was an instant smash hit when it premiered in 2002 and since then it’s gone on to wow audiences in Paris, Tokyo, Shanghai, London and New York—now it’s L.A. and Berkeley’s turn,” he said. 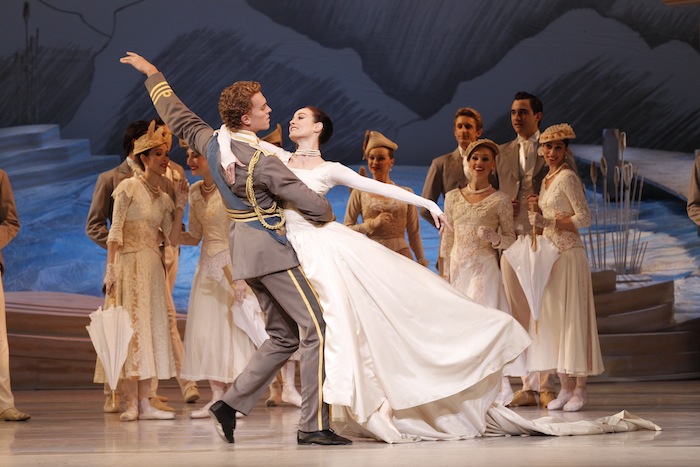 With a touring party of 100 people, including dancers, wardrobe, medical, music and technical staff, the company departed from its Melbourne headquarters last Sunday, October 5. Meanwhile, four 40-foot-high shipping containers loaded with more than 300 costumes, 250 pairs of pointe shoes, props, sets, make-up and medical supplies have been sent the 26,000km round trip by sea.

The Australian Ballet has enjoyed a long history of international touring since its first company tour in 1965. The 2014 U.S. West Coast tour will be The Australian Ballet’s ninth tour to the United States—adding to the 87 cities across 37 countries the company has visited in its lifetime.

As the company performs on the West Coast, The Australian Ballet will also be on the East Coast with the world premiere of a new work from Resident Choreographer Tim Harbour in New York on October 16. Ostinato will premiere at the Fall for Dance Festival at the New York City Center, alongside works from Wayne McGregor|Random Dance, Alvin Ailey American Dance Theater, the San Francisco Ballet and more.

Set to Bill Evans’ 1958 Peace Piece, Ostinato reflects the social and sexual politics of this generation of performers, and will feature dancers Daniel Gaudiello, Ty King-Wall and Robyn Hendricks.