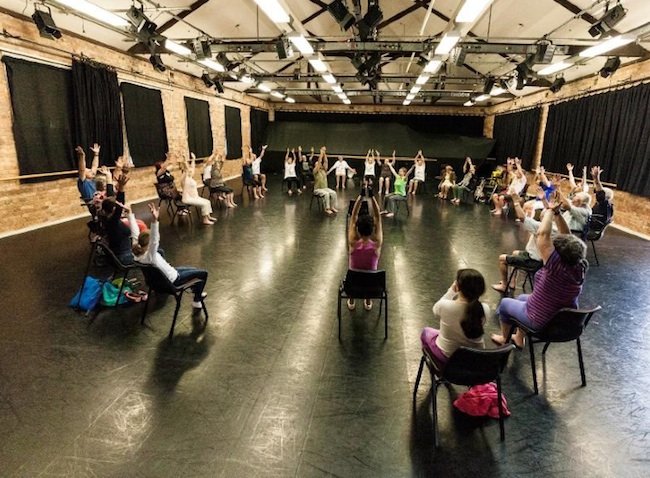 In 2013, QB commenced its pilot Dance for Parkinson’s program offering specialised dance classes to people affected by Parkinson’s. Working with David Leventhal, a founder of the internationally recognised Dance for PD program established in New York, and Brisbane-based specialist and QUT PhD student Erica Rose Jeffrey, QB delivered 30 classes to over 60 participants over nine months at its studios in Brisbane, with support from the John T. Reid Charitable Trust.

The program was accompanied by a research study conducted by experts from QUT’s Creative Industries (Dance) and Health (Movement Neuroscience) faculties and Parkinson’s researchers from The University of Queensland’s (UQ) Health and Behavioural Sciences (Physiotherapy) faculty to analyse the physical and social benefits of the program. 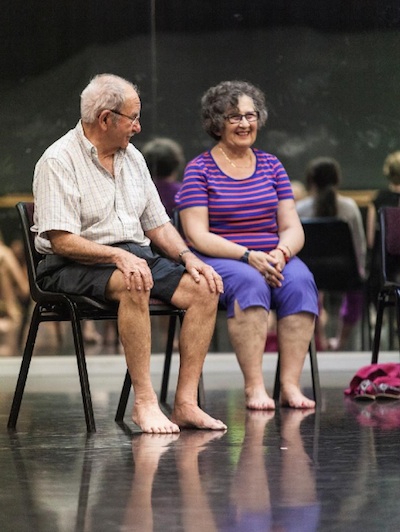 The research study, the first of its kind in Australia, was based on the observation and data collection of 11 volunteer research participants, before, during and after participation in the classes.

“The quantitative results of our research were very encouraging,” said Professor Graham Kerr, a neuroscientist with QUT’s Institute of Health and Biomedical Innovation and the President of Parkinson’s Queensland.

“Overall, the participants saw an improvement in their functional mobility while dual tasking, which is moving their arms and feet simultaneously,” Kerr said.

“We also saw improvements in gait cadence and velocity while walking in a straight line and while dual tasking. Participants’ physical discomfort decreased, they were more confident with balancing activities and their ability to communicate improved.”

Head of QUT Dance and Associate Professor Gene Moyle, who is also a sport and exercise psychologist and Queensland Ballet Board Director, said qualitative results from the research demonstrated valuable emotional and social benefits. 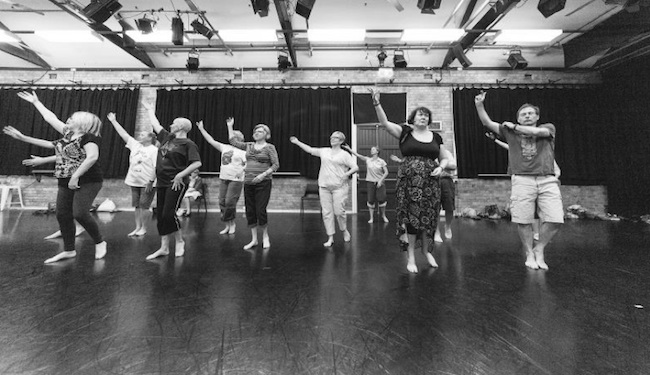 “It was truly moving to hear of the significant benefits that so many of the participants reported experiencing, particularly regarding their increased sense of self, enjoyment in life, and of moving past how they, others and society defined them due to the challenges that Parkinson’s presents,” Professor Moyle said.

“The program provided not only an opportunity for participants to express their artistic, creative side, but helped build a strong sense of community between the participants and the QB staff and dancers,” Moyle continued.

“We observed that participation in these classes and the ‘outside the studio’ experiences helped restore participants’ dignity and confidence – they reported feeling happier, more optimistic and motivated as a result. Some even reported that the program enabled them to actually identify as ‘dancers’, rather than people with Parkinson’s, which had a wonderfully empowering effect.”

UQ Professor Sandy Brauer said, “We were quite surprised by the changes to some people, particularly a few of the older men who really took to it and ended up bringing a lot of enthusiasm.” 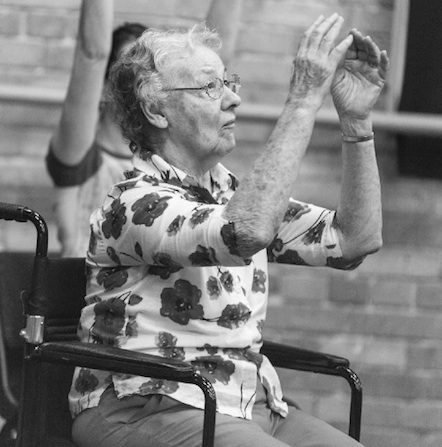 “A main finding was the improvement in the ability of participants to walk and perform another function at the same time, which is often difficult for people with Parkinson’s disease,” Brauer added. “Falls are a major threat to the 80,000 Australians with Parkinson’s disease, leading to injuries, dependency and institutionalisation, so it’s a promising step to improve walking, which could reduce the risk of falls.”

Another significant benefit of the classes revealed by the research is that they acted as a gateway activity to further physical, social and arts activities.

“Besides stretching all the right places and moving to beautiful music, the Dance for Parkinson’s Program has given us something priceless; new friendships, a sense of community, hope and broader horizons,” said Madonna Brady, a Dance for Parkinson’s participant and a coordinator for the Young @ Park support group of Parkinson’s Queensland.

CEO Anna Marsden is delighted Queensland Ballet’s Dance for Parkinson’s program is having positive benefits. “This research demonstrates the valuable benefits dance can have for people affected with Parkinson’s, and more widely the positive impact that arts can have on health.”

Parkinson’s Queensland CEO, Helen Crew, commented, “We are proud to have collaborated with Queensland Ballet, which has yielded this fantastic result for people who face challenging movement disorders such as Parkinson’s. It’s great news to see the improvement of the participants’ quality of life through the beneficial physical, social, emotional and creative effects of the Dance for Parkinson’s program. Parkinson’s Queensland is delighted to see this important program continue for the benefit of people living with Parkinson’s.”

Marsden commented, “Perhaps one of the most satisfying findings is that participants found the Dance for Parkinson’s classes to be a positive social event that is about having fun, dance and artistic expression rather than about focusing on the limitations of Parkinson’s, which was the intent.”

The findings support and expand the research presented in the University of Roehampton and English National Ballet’s (ENB) Dance for Parkinson’s program report, based on the pilot research study of their 12-class program conducted between October 2010 and February 2011.

“These outcomes are especially important for a group of people who often find difficulty with walking and staying on balance and who may find themselves isolated socially. It is exciting to see that the results are very similar to my own findings at University of Roehampton on English National Ballet’s Dance for Parkinson’s program in London,” Houston said.

To read QB’s Short Report about the findings, visit www.queenslandballet.com.au.