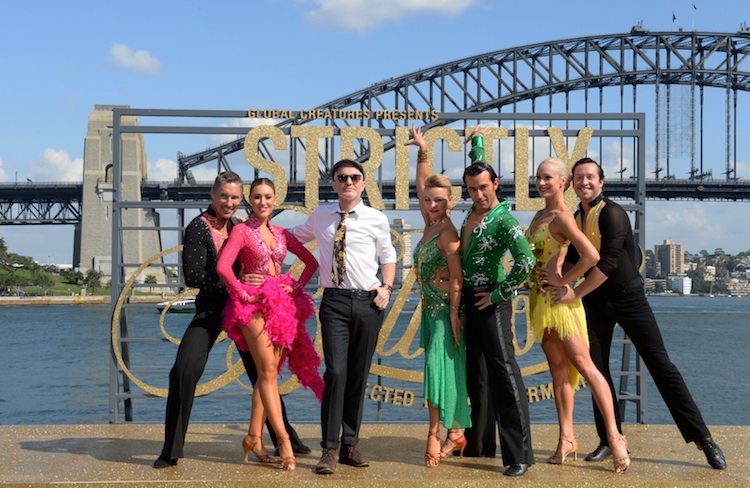 A once in a lifetime opportunity took place on the Northern and Western Broadwalks of the Sydney Opera House last Sunday, February 23, when hundreds of couples performed a specially choreographed STRICTLY SYDNEY moment. This event, under the direction of world-renowned director of stage, screen and opera, Baz Luhrmann, celebrated the forthcoming opening of Strictly Ballroom The Musical, which begins previews from March 25.

Luhrmann, Global Creatures and the entire creative team have seen STRICTLY SYDNEY as a community event from the beginning, wanting to give Sydney-siders the chance to be involved in some way in the launch of the production. As a result, Sydney-siders were invited to register to participate in the event.

Dancers of all abilities arrived on site early to register dressed in every conceivable style of ballroom dancing attire. Emulating the character “Scott Hastings” from the film Strictly Ballroom, all the men were given an iconic white Chesty Bonds singlet to wear and each participant received a memento specially designed by Catherine Martin. 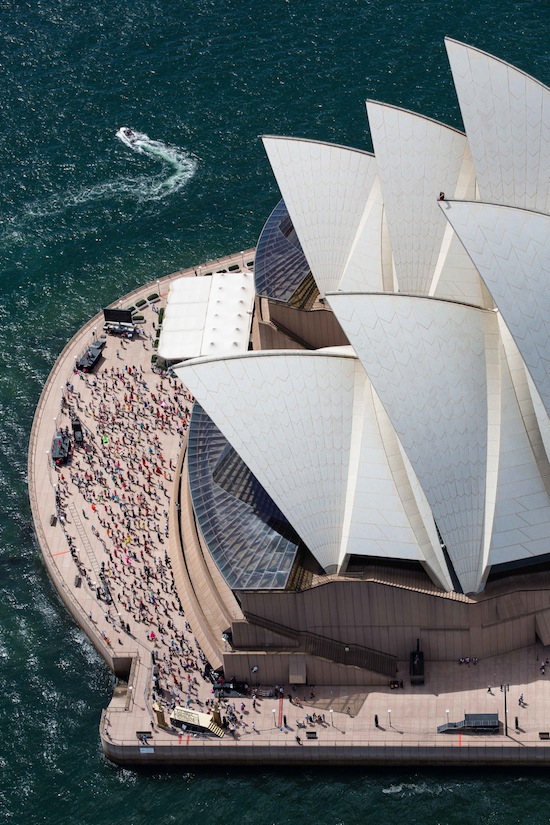 Baz Luhrmann directed the dancers from a crane mounted on a dolly that whirled up and down the forecourt while assistants demonstrated and shouted dance-step directions.

Popular WSFM Breakfast Host Brendan ‘Jonesy’ Jones was the MC at the event. He was joined by: The Hon. George Souris, Minister for Tourism, Major Events and the Arts; Destination NSW CEO Sandra Chipchase; and set and costume designer Catherine Martin.

And special guest Harrison Craig, who won Ch9’s The Voice in June last year, serenaded the crowd with “Love Is In The Air” as they learnt the steps to the Samba.

Minister Souris said, “This public event reflects the huge appeal Strictly Ballroom The Musical has for audiences not only in Sydney, but from all over Australia and across the globe. The NSW Government, through our tourism and major events agency, Destination NSW, is proud to support the world premiere of Strictly Ballroom The Musical, co-produced by Baz Luhrmann, one of the world’s most talented and acclaimed filmmakers and creative stage producers.”

Baz Luhrmann said, “Most people know Strictly Ballroom as a movie but it began, as a piece of theatre and now it is an all-singing, all-dancing, live, stage musical. But it is more than that. As a show it reaches out not only to the audience but also to the community to become involved. That’s what dancing does. It allows everybody to participate so it seemed like a fun and a fitting idea for us all to meet on the forecourt of the Opera House and create a scene together from Strictly Ballroom.” 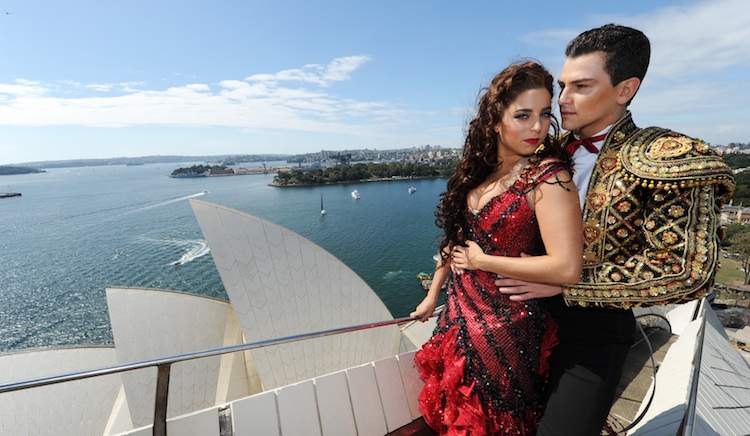 The day was topped off when it was announced the event had created a World Record for most couples dancing the Samba. And then the excitement reached fever pitch when the two stars of Strictly Ballroom The Musical, Thomas Lacey and Phoebe Panaretos, emerged in glittering costumes atop the sails of the Sydney Opera House. A chopper circled high above Sydney Harbour and captured the entire event.

For more information on Strictly Ballroom The Musical, visit www.strictlyballroomthemusical.com. The production will play at the Sydney Lyric Theatre with the official opening night set for Saturday, April 12.