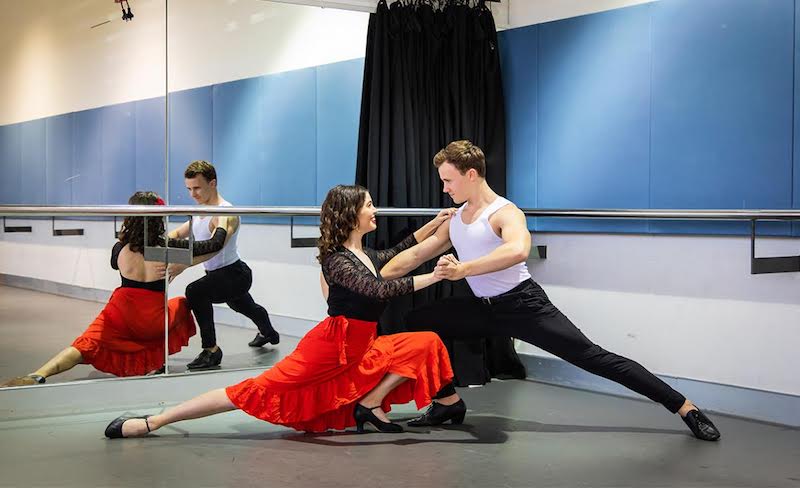 Strictly Ballroom The Musical will quick step, cha cha and samba its way into your heart when it dances on to the stage of Perth’s Regal Theatre as WAAPA’s highly anticipated mid-year musical from June 15 to 22. Performed by: 2nd and 3rd Year Music Theatre students and WAAPA Music students

Based on Baz Lurmann’s much-loved 1992 film that became a global sensation, Strictly Ballroom The Musical breathes gleeful new theatrical life into the tale of the maverick ballroom dancer who just wants to do his own steps and the shy young Spanish dancer he takes on as his rookie partner.

Defying both convention and their families in their quest to win the Pan-Pacific Grand Prix Dancing Championship, Scott and Fran discover that to be a winner, your steps don’t need to be strictly ballroom.

This sequined, sparkling extravaganza features larger-than-life characters, spectacular dance routines and much-loved songs from the hit film, including Time After Time, Perhaps Perhaps Perhaps and Love is in the Air.

There are also fabulous new songs by internationally acclaimed artists such as David Foster, Sia Furler and WAAPA graduate Eddie Perfect, whose original score for the new Broadway hit musical, Beetlejuice was recently nominated for a 2019 Tony Award.

Strictly Ballroom The Musical will be performed by a huge cast of WAAPA’s 2nd and 3rd Year Music Theatre students with an orchestra of WAAPA Music students, under the direction of Crispin Taylor and music direction of David King.

So strap on your dancing shoes for this iconic Aussie story about daring to dream and being true to yourself.