Spectacular Cirque Stratosphere is coming to the Sydney Opera House 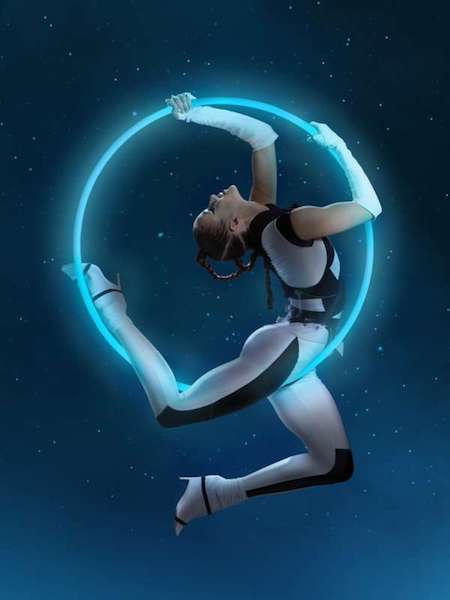 This festive season, Cirque Stratosphere – a spectacular new circus from the creators of CIRCUS 1903 (2016) and last summer’s smash-hit The Illusionists: Direct from Broadway – will transform the Sydney Opera House Concert Hall into a futuristic space-age utopia for a strictly limited season from 24-29 December 2019.

A dazzling new show, Cirque Stratosphere features gravity-defying acts on a scale never seen before at the Opera House. For six nights only, a troupe of Olympic-standard acrobats and gymnasts cast by The Works Entertainment will demonstrate that even the sky isn’t the limit.

Audiences will witness thrilling performances inside The Columbian Wheel of Death, impressive stunts on rollerskates, death-defying acrobatics on a Russian Bar – where the performer is thrown in the air by two partners holding the bar – sky-high contortions in The Aerial Sphere, the Russian Swing to Swing and many more. These extraordinary feats effortlessly blend agility, coordination and showmanship to create an out-of-this-world spectacle.

Sydney Opera House Head of Contemporary Performance, Olivia Ansell, says: “We’re proud to take one small step for man and one giant step for circus with The Works Entertainment to create the brand new show Cirque Stratosphere. The 50th anniversary of the Moon Landing has renewed our fascination with space, and what lives beyond the earth’s atmosphere. Lift off with your family and friends in the Concert Hall this festive season. Your only mission – fun!”

The talented duo Simon Painter and Tim Lawson, otherwise known as The Works Entertainment, are also the creative minds behind the epic Le Grand Cirque, Le Noir, Cirque Adrenalin and The Illusionists. Their unmissable productions have now travelled to more than 400 cities around the globe.

Simon Painter, Creative Producer, The Works Entertainment, says: “We are very excited for audiences to witness this futuristic aerial spectacular in the round, as never before seen in the Concert Hall. It’s a redefinition of circus.”

Find out more and watch the trailer for Cirque Stratosphere here

Image courtesy of Sydney Opera House in association with The Works Entertainment.