Return of Musical Theatre to Australia 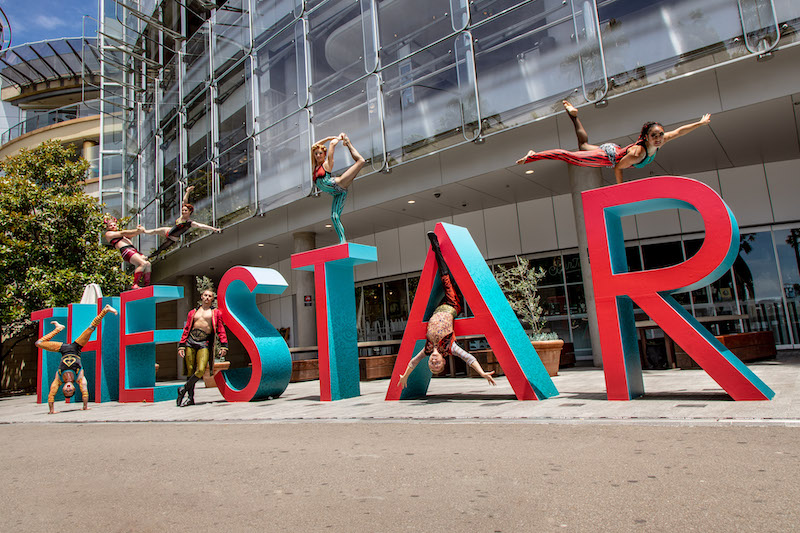 Performances have begun for the high-flying, death-defying hit Broadway musical PIPPIN, the first large scale musical theatre production to open in Australia since COVID-19 led to theatres closing down in March. PIPPIN plays exclusively at the Sydney Lyric at The Star from 24 November to 31 January only.

“We’re so excited to bring PIPPIN to the stage as the first musical following the Covid shutdown,” said producer John Frost. “Everyone in this sensational cast and crew is thrilled to be back at work, bringing this exhilarating musical to life and opening up Sydney musical theatre again. Sydney is ready to celebrate and what better way than heading to the Sydney Lyric to enjoy this Tony Award winning musical which has thrilled audiences across the globe. PIPPIN is the must-see musical of the summer, full of magic, acrobatics and excitement – don’t miss it.”

Foundation Theatres and the Sydney Lyric have a detailed COVID Safety Plan to help keep everyone safe while at the theatre, and will always operate in accordance with the advice of NSW Health. More details are below. Graeme Kearns, CEO of Foundation Theatres, says, “Nothing is more important than the safety of everyone who comes to our theatres. We have detailed measures in place to assist with flow of patrons and to protect the health and hygiene of all who visit us. Our team has been working tirelessly to ensure that theatre is as safe as it can be, and we look forward to welcoming everyone back to the Sydney Lyric.”

Matt Bekier, Managing Director and Chief Executive Officer of The Star, said, “We are proud supporters of Sydney’s arts and entertainment industry, and thrilled to be involved in bringing the extraordinary production of PIPPIN to life. We look forward to welcoming theatre audiences back to The Star for the first time since March. We’re committed to supporting live entertainment and welcoming theatregoers to once again experience the array of world-class dining and entertainment options on offer at The Star.”

The Australian Premiere has been secured exclusively for Sydney by the NSW Government through its tourism and major events agency, Destination NSW.

NSW Minister for Jobs, Investment, Tourism and Western Sydney, Stuart Ayres, said, “The opening of PIPPIN in Sydney is an exciting milestone, as we celebrate the return of musicals and theatre productions for the first time since the start of the pandemic. It’s a wonderful opportunity to enjoy a COVID-safe night out in Sydney – book a ticket to this spectacular show, enjoy dinner at your favourite restaurant and even stay a night at a hotel in the city.  You’ll not only be treating yourself, but giving local businesses a boost.”

The role of the young and confused protagonist Pippin is played by Ainsley Melham, who performed the title role in Aladdin on Broadway and across Australia. The charming and manipulative Leading Player, the ultimate ring master of the show, is Gabrielle McClinton, who played the role on Broadway and beyond. Returning to the stage after an extraordinary award-winning career on television is Kerri-Anne Kennerley who plays Berthe, Pippin’s saucy grandmother.

This unforgettable new production is the winner of four Tony Awards® including Best Musical Revival, Best Direction of a Musical, Best Actress in a Musical and Best Featured Actress in a Musical. Hailed by the New York Times as “Astonishing. A PIPPIN for the 21st century. Dazzling and awe-inspiring”, it’s unlike anything you have ever seen before!

With a beloved score by Oscar and Grammy winner Stephen Schwartz (Wicked, Godspell), PIPPIN tells the story of a young man at a crossroads in his life. Does he follow in the footsteps of his father, one of the most powerful men in the land? Or does he strike out on his own, to find his own ‘corner of the sky’? PIPPIN is a play within a play. The story is told by a travelling troupe of actors and acrobats (called ‘Players’), directed by the mysterious Leading Player. Like a vaudeville act, the Players both act out the roles of the story and speak directly to the audience.

The captivating new production is directed by Tony winner Diane Paulus (Hair, The Gershwins’ Porgy and Bess). It features sizzling choreography by Tony Award nominee Chet Walker in the style of Bob Fosse and circus creation of breathtaking acrobatics by Gypsy Snider of the Montreal-based circus company Les 7 doigts de la main (also known as 7 Fingers). PIPPIN features many Broadway standards including Corner of the Sky, Magic To Do, Glory, No Time at All, Morning Glow and Love Song.

The exhilarating Tony Award®-winning hit musical PIPPIN is full of extraordinary acrobatics, wondrous magical feats and soaring songs from the composer of Wicked.

Image courtesy of Pippin The Musical