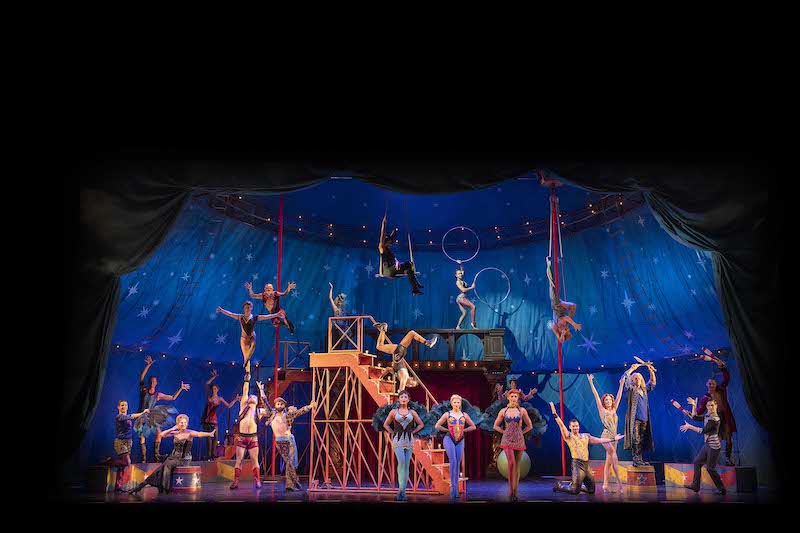 Sydney-siders and critics have embraced the return to theatres with Sydney’s unforgettable summer hit musical, the high-flying, death-defying hit Broadway musical PIPPIN receiving huge acclaim by critics and audiences alike. The first large scale musical theatre production to open in Australia since COVID-19 led to theatres closing down in March, PIPPIN plays exclusively at the Sydney Lyric at The Star for a limited season. Sadly, out of caution, the show has had some performances canceled due to Sydney’s second COVID-19 wave.

With final seats just released for performances up to 31 January 2021, PIPPIN has been described as “an evening of magic” (The Guardian), “spectacular” (Stage Whispers), “irresistible” (Suzy Goes See), “full of colour and pure entertainment” (Scenestr) and “vastly enjoyable” (The Australian), with the Sydney Morning Herald acclaiming “a dazzling presentation, the dancing, performances, costumes, set and acrobatics are all so brimming with pizazz.”

Foundation Theatres and the Sydney Lyric have a detailed COVID Safety Plan to help keep everyone safe while at the theatre, and will always operate in accordance with the advice of NSW Health.

“We’re so excited to bring PIPPIN to the stage as the first musical following the Covid shutdown, and seeing the joy and appreciation on the faces of our audiences,” said producer John Frost. “Everyone in this sensational cast and crew is thrilled to be bringing this exhilarating musical to life and opening up Sydney musical theatre again. Sydney is ready to celebrate and what better way than heading to the Sydney Lyric to enjoy this Tony Award winning musical which has thrilled audiences across the globe. PIPPIN is the must-see musical of the summer, full of magic, acrobatics and excitement – don’t miss it.”

The Australian Premiere has been secured exclusively for Sydney by the NSW Government through its tourism and major events agency, Destination NSW.

The role of the young and confused protagonist Pippin is played by Ainsley Melham, while Gabrielle McClinton plays the charming and manipulative Leading Player. Returning to the stage after an award-winning career on television is Kerri-Anne Kennerley as Berthe, Pippin’s saucy grandmother.  Simon Burke plays Charles, Pippin’s demanding father, with Lucy Maunder as Catherine, a widow who falls in love with Pippin. In the role of Pippin’s conniving stepmother Fastrada is Leslie Bell, and Euan Doidge plays the role of her son Lewis, Pippin’s half-brother. The young actors who play the role of Theo, Catherine’s son, are Andy Alexander, George Holahan-Cantwell, William Wheeler and Ryan Yeates.

The exhilarating Tony Award®-winning hit musical PIPPIN is full of extraordinary acrobatics, wondrous magical feats and soaring songs from the composer of Wicked. Join us … for this magical, unforgettable production!