‘Once’ prepares for Australian debut 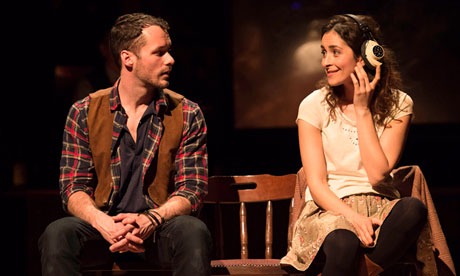 Once, the multi award-winning stage musical that has captivated audiences in London, New York and Dublin, will soon make its Australian premiere, opening at Melbourne’s Princess Theatre on October 4.

A sell-out since making its world premiere on Broadway in January 2012, Once won eight Tony Awards, including Best Musical, Best Book and Best Direction. It was also named Best Musical by the Drama Desk Awards and the New York Drama Critics Circle and won a Grammy Award for Best Musical Theater Album. It opened in London’s West End last year where it continues to play to packed houses.

Producer John Frost said, “I love the charm of this show and think Melbourne audiences will particularly fall for its beautiful songs and warm and wonderful storytelling.”

Based on the Irish film which became a surprise international hit in 2006, and won an Oscar for Best Song (“Falling Slowly”), Once follows the tender romance of a struggling Irish busker and a piano-playing Czech immigrant.

This authentic, emotionally honest musical features the brilliant collection of songs about longing and heartbreak from the original film by Glen Hansard (of The Frames) and Markéta Irglová. It has been adapted for the stage by the celebrated Irish playwright and screenwriter Enda Walsh and the award-winning UK theatre director John Tiffany, who will also direct the Australian production.

Entering the theatre, the audience is invited to join the cast on stage for a beer while the cast of 13 improvises traditional Irish tunes, immediately setting the scene for a late night lock-in within a typical Irish pub. As the audience takes their seats, a story of love and melancholy unfolds. More than a musical, Once is a story about musicians and two star-crossed lovers and their passion for music-making.

The cast for the Australian production will be announced soon. Previews begin September 30 and opening night is October 4. Tickets go on sale March 17 – St. Patrick’s Day. Bookings can be made through ticketmaster.com.au or by calling 1300 111 011. Visit oncemusical.com.au for more information.

Photo: Declan Bennett and Zrinka Cvitesic in the London production of Once. Photo by Manuel Harlan.