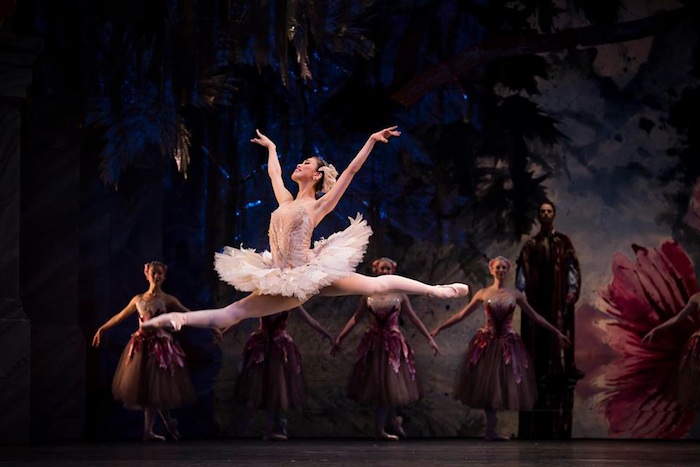 We have tidings of great joy! The Australian Ballet’s production of Peter Wright’s The Nutcracker will screen on ABC TV at 4:40 p.m. today, December 24, on Eastern Standard Time. Starring celebrated principal dancers, it’s the perfect way to get into the spirit of the season.

Audiences across Australia can enjoy the festive magic of The Australian Ballet’s acclaimed production, following sell-out seasons at Arts Centre Melbourne and the Sydney Opera House this year.

Originally created for the Birmingham Royal Ballet in 1990, English legend Peter Wright’s version of The Nutcracker is a visual treat. The world’s original toy story is a timeless classic of dancing flowers, toy soldiers and whirling snowflakes seen through the eyes of a little girl at Christmas.

Shining in this performance are celebrated dancers Benedicte Bemet as Clara, Madeleine Eastoe as the Sugar Plum Fairy, Kevin Jackson as the Prince and Andrew Killian as the magician Drosselmeyer.