NOT giving away our shot as musical Hamilton comes to Australia! 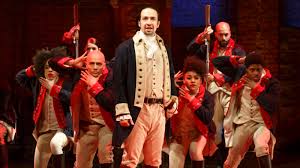 We are not giving away our shot as Broadway musical Hamilton comes to Australia! Hamilton will premiere at the Lyric Theatre in Sydney in February 2021. Casting briefs will come out in June for auditions later in 2019.

New South Wales premier Gladys Berejiklian announced on Wednesday. The show’s writer and director Lin-Manuel Miranda said in a statement today: “Thank you to everyone in Australia who’s been asking for Hamilton. It’s on its way and we can’t wait.”

Hamilton tells the story of America’s forgotten Founding Father Alexander Hamilton in his rise out of poverty and into power in the American War of Independence.

The Musical is acclaimed for using R&B, rap and hip hop and has become know as a turning point in Musical Theatre by not using the traditional show tune styles in its script and music which is almost entirely ‘sung’. The Broadway cast are largely drawn people with an African-American background, the London cast members are drawn from Asian, Middle East and African backgrounds, and producer Mr Jeffrey Sellers said he would love to see Indigenous Australians performing in the lead roles here in Australia.

Keep your eyes on www.hamiltonthemusical.com.au for audition and ticket launch