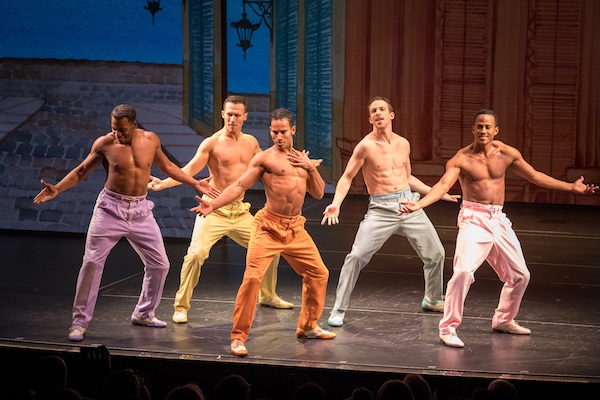 Officials from Norwegian Cruise Line are in Australia ready to cast Dancers and Musical Theatre Actors for the latest productions! Sydney auditions start on March 6 at Village Nation in Alexandria while the Melbourne auditions are set to start March 12 at Patrick Studios Australia in Prahran.

The Open Dancer Call will be on March 8 in Sydney and March 14 in Melbourne. Norwegian is seeking versatile dancers with advanced technique and experience. Females (5’2” – 5’10”) should have a lean/fit silhouette. Males (5’9” – 6’4”) should have a strong, muscular physique, and be able to perform shirtless on stage when required. All dancers must have outstanding performance quality and stage presence. Any gymnastics, aerial training, tumbling and partnering skills are a plus.

Select dancers who wish to be considered for a Singer/Dancer position should prepare one song of their own and be prepared to sing.

All auditionees must be 18 years or older to apply. For more information on the specific production roles open, read listings below. Visit www.NorwegianCreativeStudios.com for further information.

Male, able to portray High School student, Tenor – Strong-willed, rebellious and full of teenage hormonal aggression. Raised in liberal Chicago and suddenly finds himself in the conservative mid-west. Copes with these new, oppressive surroundings with a wry sense of humor.

Female, able to portray High School student, Mezzo – Small town girl fighting to break out. Strong, smart and maybe a bit angsty, she is always finding ways to rebel against her father, who tries to keep her under lock and key.

Velvet is a nightclub and a state of mind – a fantasy. Inspired by Studio 54, a club famous for its wild parties and hedonism but also for its culture of acceptance – blind to colour, creed, class, gender, size, shape, sexuality. Velvet is a celebration of that freedom.

DJ (singer/percussionist): Lead. An enigmatic male ringmaster type who acts as a musical guide for us throughout the night. Humorous, charming, cool. Vocal Range: Baritone with the ability to sing lead vocals and harmonies.

Country Mike: Lead. An endearing young man drawn into the glamorous world that is Velvet. He is the agent of change in the piece. We need the innocent quality but also the flamboyant. We care for him deeply and cheer his transformation when it arrives. Vocal Range: Tenor with the ability to sing lead vocals, duets and harmonies. Pop sensibility with flexibility in disco and soul genres plus some backing vocals. Instrument: Basic Acoustic Guitar/Ukulele skills preferred, not essential.

The Sirens (back-up singer/dancers): Supporting. Two gorgeous young women who lure Country Mike into Velvet and encourage him to head further into the night. Rarely off the stage these “back-up singers” deliver a showstopper all by themselves midway through the night. Great skill, huge workload. Vocal Range: Alto – Soprano, with the ability to sing lead and background vocals including harmonies and potential to belt high solo numbers and vocal lines.

Rock of Ages, currently on the Norwegian Breakaway is a Broadway musical built around classic rock songs from the 1980s, especially from the famous glam metal bands of that decade. The musical features songs from Styx, Journey, Bon Jovi, Pat Benatar, Twisted Sister, Steve Perry, Poison and Europe, among other well-known rock bands. It was written by Chris D’Arienzo, directed by Kristin Hanggi and choreographed by Kelly Devine with music supervision, arrangements and orchestrations by Ethan Popp.

Drew: Principal Role. A young (20’s), handsome rocker. He has great comedic timing and is a strong rock tenor (up to a high D). Drew desperately wants to be a rocker, but works as a bar back at the famous “Rock of Ages” club on the Sunset Strip until his dreams, however unrealistic, come true. Any ethnicity.

Sherrie: Principal Role. A young (20’s), pretty girl who has left her Midwestern family to pursue stardom in Los Angeles. She is innocent, naïve with great comedic timing. She has a strong (and HIGH!) rock voice and is a terrific dancer. Any ethnicity.

Lonny: Principal Role. A middle-aged guy with very strong comedic timing and a commanding but comically strong rock voice. Our narrator, he has a slightly unflattering appearance but doesn’t see it. Any ethnicity. The actor portraying Lonny may also have a role or cover in Wine Lovers the Musical.

Dennis: Principal Role. An older guy who runs the famous “Rock of Ages” club on the Sunset Strip. He is caught between a rock and a hard place when German business men pressure him to sell his club. He is possibly heavyset with very strong comedic timing. Any ethnicity. The actor portraying Dennis may also have a role or cover in Wine Lovers the Musical.

Female Ensemble (Waitree #1): Female. Young, sexy, and trashy. Strong rock voice and is a terrific dancer. Covers Sherrie. Both female ensemble members may also have a role or cover in Wine Lovers the Musical.

Head to www.NorwegianCreativeStudios.com for more information and audition dates and requirements. Chookas!