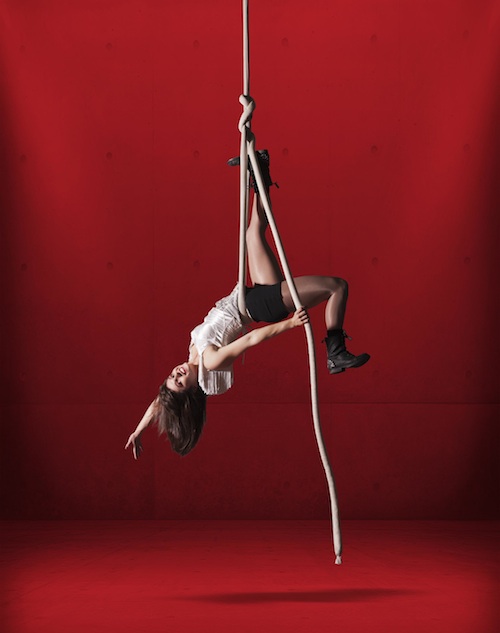 The annual Circus Showcase at the National Institute of Circus Arts (NICA) is almost upon us and the final-year circus students are busy refining their graceful, dynamic and captivating acts. The showcase, titled ROUGE et BLANC, will run July 2-5 at the custom-built National Circus Centre in Prahran.

This year, two distinct cabaret-style performances have been created, one called ‘ROUGE‘ and the other ‘BLANC‘. Each show will be performed three times throughout the six-show season and will feature half of NICA’s 20 final-year students presenting their circus specialties in a unique and diverse way. Attend one (or both) shows to see the incredible range of talent from Australia’s future circus stars.

The show is directed by NICA’s Head of Performance, Megan Jones. Jones has a formidable 30-year career as an actor, director and performing arts educator. She has directed NICA’s performances of Ariel’s Dream (2009) and Circus Showcase (2010), and co-directed with Meredith Kitchen NICA’s hugely successful productions: CODA (2011), Made to Fit (2012), One False Move (2013) and Circus Showcase (2013).

ROUGE et BLANC will be hosted by the talented MC Aurora Kurth. Kurth is an experienced entertainer, a raconteur, comic and a fabulous singer. She combines impressive vocals and cheeky comedy to add a charming and engaging atmosphere to the performances.

NICA is Australia’s Centre of Excellence for training in contemporary circus arts. It is one of eight national arts training institutes and offers Australia’s only Bachelor of Circus Arts. Graduates of NICA have gone on to pursue exciting careers both locally and internationally and have contributed to the development of Melbourne’s vibrant circus arts industry. The course is accredited by Swinburne University of Technology and attracts applicants from around the world.

Tickets are on sale now for ROUGE et BLANC at www.nica.com.au.

Photo courtesy of the National Institute of Circus Arts.