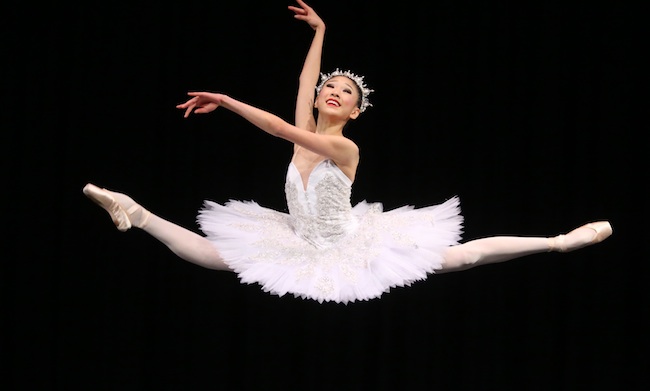 The Sydney Eisteddfod Robert & Elizabeth Albert Junior Classical Ballet Scholarship is always a stellar event and this year was no exception with 92 entrants from all over Australia. Adjudicators Annaliesa Kreutz and Adam Blanch were amazed by the high standard of the competition and found choosing eight finalists from such an outstanding field an agonising experience.

After a qualifying heat and semi-final master class, the chosen finalists progressed into the final round. All performed magnificently and the event culminated with Naomi Sano, who studies with Jasmin Bobyk at The Sydney Ballet School, emerging triumphant, while Victorian Emily Bray from Jane Moore Academy of Ballet finished in second place.

Lisa Pavane, the incoming director of The Australian Ballet School, attended the final. She awarded one-year scholarships to Brayden Gallucci, a student of the Lake Macquarie Dance Centre, NSW, and Queenslander Navrin Turnbull from Danielle’s Studio of Dance.

A highlight of the annual festival, the Sydney Eisteddfod Robert & Elizabeth Albert Junior Classical Ballet Scholarship is open to 14- and 15-year-old ballet students and carries a total prize sum of $11,500. The winner receives a $6,000 scholarship and a $1,000 cash prize while the runner-up receives $1,500 and the six remaining finalists $500 each.

Since beginning in the mid-1990s, the event has served as a showcase for the nation’s dancing talent. Previous winners and competitors include Royal Ballet superstar Steven McRae, Birmingham Royal Ballet Principal Jenna Roberts, Stephanie Williams of the American Ballet Theatre, Alison McWhinney of the English National Ballet, and numerous past and present members of The Australian Ballet, including Principal Amber Scott.