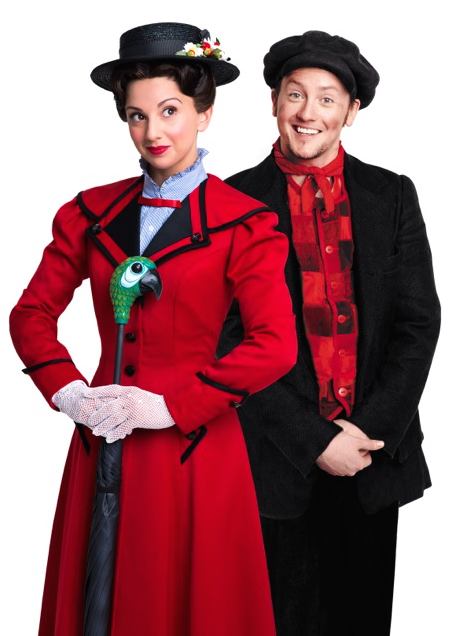 Disney and Cameron Mackintosh have announced that Aussie performer Matt Lee will play the role of “Bert” opposite of actress Zizi Strallen, who will play “Mary Poppins”, in the forthcoming U.K. and Ireland tour of their Mary Poppins musical, opening at Leicester Curve on October 12.

Matt Lee, known for being a member of the So You Think You Can Dance Australia judging panel, played the role of “Bert” in Mary Poppins when the show opened in Australia, his portrayal winning him the prestigious Helpmann Award for “Best Actor in a Musical.” His other theatre credits in Australia include Miss Saigon, The Witches of Eastwick, Rent, Grease and The Boy from Oz.

Cameron Mackintosh called Lee “one of the most brilliant Berts we have been fortunate to find worldwide.” He said, “I know Zizi and Matt will be practically perfect in every way and a show-stopping tour de force.”

Zizi Strallen, who most recently starred as “Lana” in Matthew Bourne’s The Car Man, is also known for her performances in the West End’s Cats and the multi award-winning Merrily We Roll Along. Her other West End credits include Rock of Ages, Dirty Dancing, Chitty Chitty Bang Bang and Matthew Bourne’s Cinderella at Sadler’s Wells.

Lee and Strallen will bring the magical story of the world’s favourite nanny to life. Featuring costumes by Bob Crowley and lighting design by Natasha Katz, this production will soar with choreography by Matthew Bourne set to a timeless score by Richard M. Sherman and Robert B. Sherman, including the beloved songs “Step in Time”, “Supercalifragilisticexpialidocious” and “Feed the Birds.”

See why the stage production of Mary Poppins ran for over 1,250 performances on the West End in this U.K. and Ireland tour. For more cast information, or to see tour locations and dates, visit www.marypoppins.co.uk.