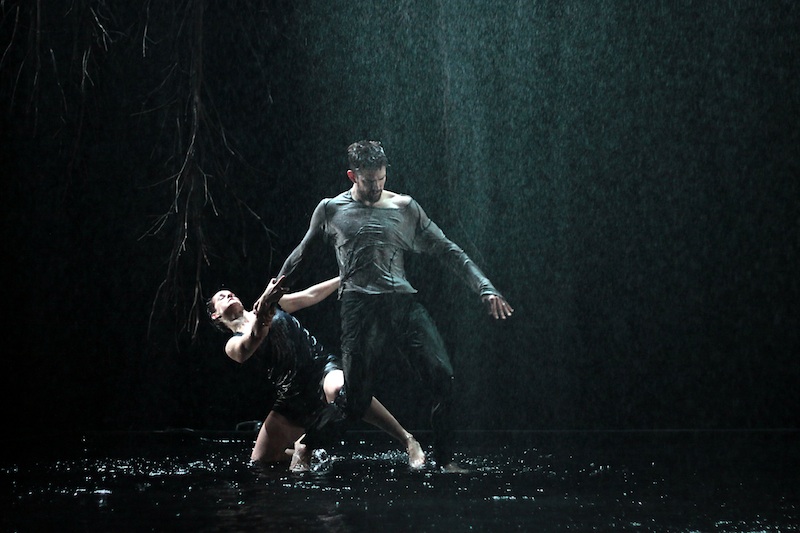 Picture this. The stage is flooded with water. A couple navigates their way through the watery terrain. Video and sound create a startling and captivating atmosphere. This is dance like you’ve never seen it.

The stage will become an intriguing aquatic world as it is flooded with 2,800 litres of water generously donated by the City of Mt Gambier Council and by SA Water and Riverland Water in Renmark. Following the one-night-only performance, the water will be recycled and used to irrigate city parks and gardens. In Renmark, the water will be picked up by Liquid Associated Mechanical Services and recycled in the Renmark Primary School garden.

A talented trio of award-winning dancers (Timothy Ohl, Kristina Chan and Hsin-Ju Chiu) and a strong narrative executed daringly on the submerged stage is at the heart of this stunning production.

Four years in the making, Lisa Wilson says her inspiration for Lake came from the “intense beauty and chilling isolation of a lake and the primal undercurrents of what lies submerged beneath the surface”.

Reflective of the rapture, despair and underlying tensions experienced in a relationship, the water also shapes the unfolding action. Causing slips and spills as the dancers daringly propel themselves across the stage in a drenched repertoire of sliding and splashing moves.

The broody set design and lighting combine to enhance these effects, creating a firework display of water with plumes and cascades of silvered spray moving through the air.

“You don’t tend to think thousands of litres of water when you book in to see a dance show. It’s great to have people out there who are willing to put forth ingenious ideas that break the mould. I’m looking forward to seeing this creative piece in action,” he said.

“This is a daring production that curiously combines dance and water to create a beautiful experience. You have to see it to believe it,” he said.