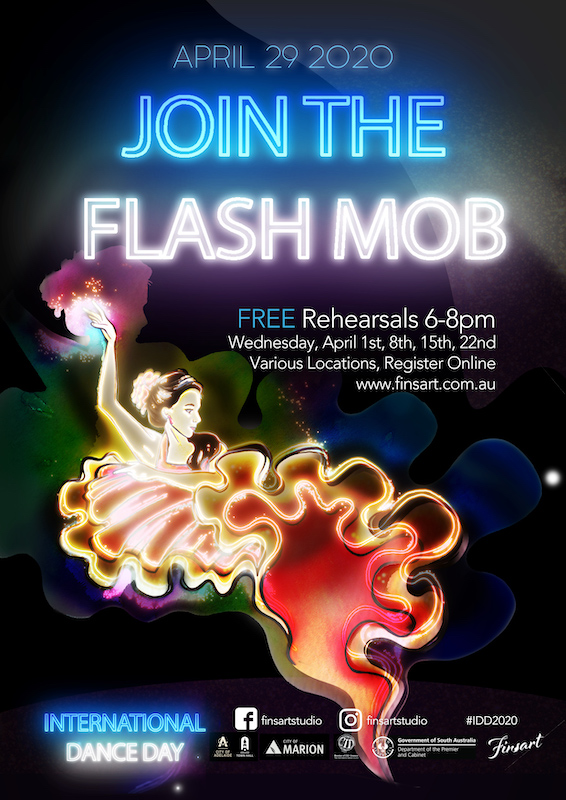 Adelaide is gearing up for International Dance 2020. There will be a Major Flash MOB, Pop-up Flash Mobs and other exciting dance events. The launch of the Major Flash Mob will be at the Adelaide City Council Town Hall on the 20 March at 5:30pm. This is for teachers who are interested in coming to learn The Major Flash Mob to teach in their school.

There will be classes at Marion Council at the Domain Theater on Wednesdays from 6:30pm – 8:30pm for the Major Flash MOB and in various Adelaide City Council venues 6.00pm – 8.00pm.  There will also be an online video where people will be able to learn the routine.

Dance schools are also invited to perform Pop UP Flash Mobs in the local sponsoring councils that will be filmed by a local film-maker.