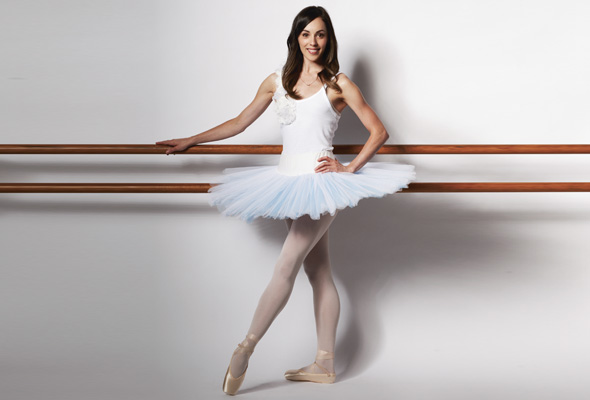 Amy’s win is a case of third time lucky, with previous nominations for the esteemed Award in 2008 and 2010. In both of those years she took home the public-voted Telstra People’s Choice Award, but this is the first time she has won the main accolade.

The 29-year old will receive a $20,000 cash prize awarded by Principal Sponsor Telstra.

The 2012 Telstra People’s Choice trophy and $5000 cash prize was won by 21 year-old Jake Mangakahia, from the Sunshine Coast in Queensland. Jake’s natural star quality and stage presence garnered him many fans, despite it being only his second year in the company.

While presenting the award Ms. Shiff said the dedication of these young dancers was to be celebrated.

“Amy and Jake are both shining examples of how hard work can pay off and aspiring young dancers all over the country should be inspired by the example set by these two outstanding individuals,” Ms. Shiff said.

David McAllister, Artistic Director of The Australian Ballet, also congratulated Amy and Jake on their accomplishments.

“Bravo to our talented winners! They have both shown tremendous growth as performers this past year, wowing audiences and their fellow dancers with their artistry and technique. These wins demonstrate the breadth of artistic talent that lies in regional Australia and the strong appetite for dance in areas outside of the major cities,” McAllister said.

The TBDA announcement is an annual highlight of The Australian Ballet’s partnership with Principal Sponsor Telstra, a relationship of 28 years and one of the longest spanning arts sponsorships in Australian corporate history.

Since the inception of the Telstra Ballet Dancer Award a decade ago, five of the winners have climbed the ballet ladder to reach principal artist status, including Matthew Lawrence (2003), Amber Scott (2004), Lana Jones (2005), Daniel Gaudiello (2007) and Kevin Jackson (2008).

The star-making aspect of the award is evident again this year. Shortly after the 2012 TBDA nominations were announced in February, Amy was promoted to senior artist and Jake performed his first leading role in Warumuk – in the Dark Night, part of the Infinity program, to rave reviews.

The other TBDA nominees for 2012 were Dimity Azoury, Calvin Hannaford, Ako Kondo and Jarryd Madden, all of whom gave exquisite performances throughout the year.

With the Sydney season of Swan Lake sold out, audiences Australia-wide have the opportunity to experience Amy and Jake onstage in 2013. Season packages are available now from australianballet.com.au.