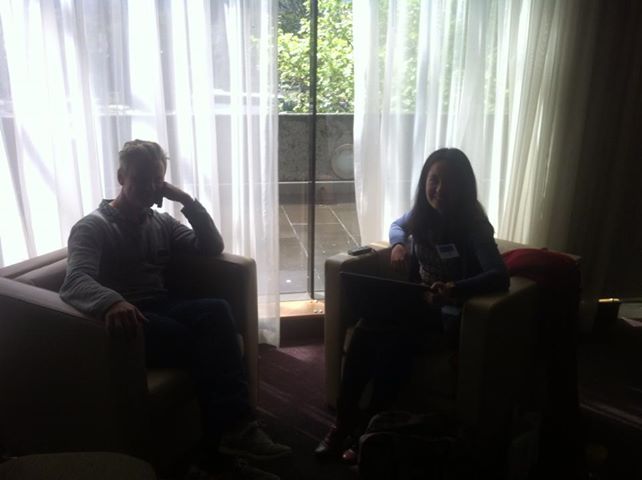 Live from the Dance Education in Australian Schools roundtable at the Arts Centre, Melbourne.

Why do we need dance in schools?

It gives you co-ordination, it gives you carriage and poise, but probably more than a lot of things, it gives you confidence. I think it’s that sense of self-worth, actually, that’s most vital. A sense of achievement in dance takes a long time, but the joy you get out of dance is what gives you confidence and self worth. From all that has been documented, it’s obvious that that helps across the board, so I would say that dance should definitely be seen as part of the whole mix and not just treated as a ‘waffly’ kind of subject. It is a whole body discipline and in that way you can obviously frame it in the same sorts of ways as people do sport in a school.

What would your dream future for dance in schools look like?

That’s a good question and a hard one! It would have to alter the way that dance is seen by boys and men. I think at its root, one of the big problems is that dance is seen to be something that’s only for girls or gay people. So that has to go. Whatever it takes to weaken that argument, that should be the first priority. Hip Hop is one of the newer things that has gotten little boys dancing, there’s no doubt about that and that’s great unto itself. Maybe that’s the leg way in to the other styles of dancing.

Encouraging children to be expressive physically is also important. This can range from going to the zoo, picking a favourite animal and getting kids to mimic them physically, to getting them to create a physical language to convey an emotion or relationship.

Getting people to dance with each other is perhaps the other major thing for me. There’s a much bigger respect for other people’s space and physical well-being that I think can be learnt by children when they dance together.