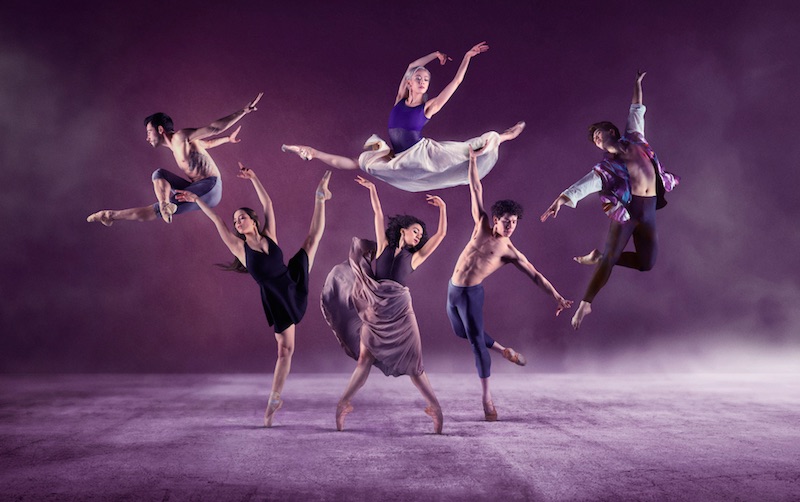 On Tuesday 22 September 2020, English National Ballet’s Emerging Dancer competition will be broadcast live from the Production Studio at the Company’s East London home for the first time. The annual event, now in its 11th year, celebrates the bright future of ballet and the excellence of the Company’s young talent. This year’s event will be live streamed and available to watch online for just £5.

Selected by their peers, six of the company’s most promising dancers will take part in this year’s competition and have been paired up to perform a classical pas de deux and contemporary piece before a panel of esteemed judges. The winners of the Emerging Dancer and People’s Choice awards will be chosen on the night. The performances will be accompanied by live music performed by members of the English National Ballet Philharmonic.

The contemporary section will see the couples perform three brand-new original works, created especially for the event. Ballet Black dancer and choreographer Mthuthuzeli November has created a piece for Ivana and William, ENB First Artist and Associate Choreographer Stina Quagebeur is creating for Emily and Victor and ENB Lead Principal Jeffrey Cirio is choreographing for Carolyne and Angel.

For the first time the live viewing audience will be able to vote for their People’s Choice Award winner on the night, by using a new text-to-vote system.  Viewers will also enjoy backstage access to the event throughout the broadcast with interviews and much more.

Also revealed on the night will be the recipient of the Corps de Ballet Award, acknowledging the work on and off stage of a member of the company’s Corps de Ballet chosen by the ENB artistic team.

This year’s event is produced by First Soloist James Streeter as part of ENB’s new dancer development programme, Dance Leaders of the Future. The whole event and performances will align with Covid regulations.