EDC to tour ‘R&J’ across Australia 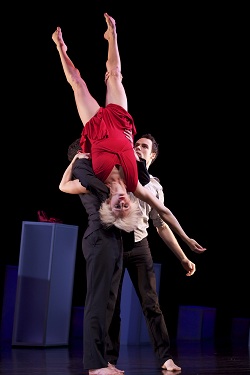 “This production reinforces the notion that love, no matter what age you are, or what era you are in, is eternal and its power, everlasting,” Weir said.

Set across three different eras, and telling three different versions of events, EDC turns the classic story of William Shakespeare’s Romeo and Juliet on its head, cutting to the essence of what is real, human and inevitable.

As the winner of Outstanding Achievement in Choreography at the 2012 Australian Dance Awards, R&J showcases powerful and meaningful contemporary choreography. With music composed by John Babbage and recorded by prolific music ensemble Topology, R&J celebrates contemporary performance at its most bold and powerful.

For a full list of locations and dates for the R&J tour, visit www.expressionsdancecompany.org.au.