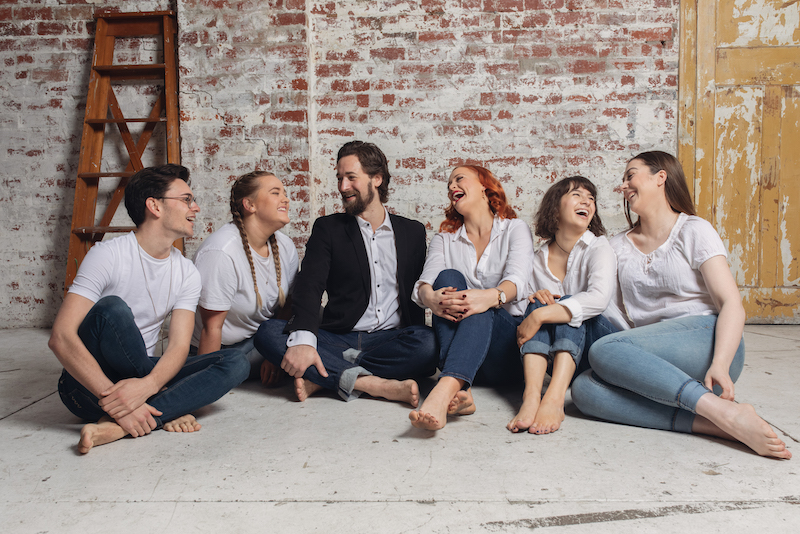 Those looking for a fun Pre-Christmas celebration this is the place to be! This side splitting all Australian comedy will leave your cheeks sore from laughter, and you’ll never want to leave the DreamSong Church! DreamSong, dubbed the “Australian Book of Mormon” is coming to The Alex Theatre – St Kilda Melbourne this November!

While studying at the VCA in 2011, Hugo Chiarella (Books and Lyrics) and Robert Tripolino (Music) first started writing DreamSong, a satire musical comedy about Pastor Richard Sunday, who runs the Mega-Church of DreamSong, along with his wife, Australia’s leading Christian Pop Artist Whitney Sunday. The Australian Prime Minister, Darren Cunningham, has lost favour with the Aussie public, So Pastor Sunday concocts a plan to bring his church back into the spotlight, and win the election for Cunningham! But will Jesus see their actions as Holy?

Directed by Lauren McKenna, straight from working as Resident Director of the touring production of Puffs, and starring Nelson Gardner (Ned, Jesus Christ Superstar, Merrily We Roll Along) and Annie Aitken, direct from playing the title character in TPC’s Thoroughly Modern Millie and Jekyll and Hyde alongside Anthony Warlow. Also coming direct of Jekyll and Hyde is Choreographer Madison Lee. Maverick Newman the 2019 Green Room Winner will be working as Musical Director. Along with Director, a couple more Puffs have come along, including Olivia Charalambous as the one and only Jesus Christ, and Gareth Isaac.

Nicola Bowman is returning to EbbFlow Theatre Co, after directing their debut production of Blackrock earlier in the year, also returning from EbbFlow’s production of Blackrock is 2019 Helpmann Nominee Luisa Scrofani. Straight from finishing the Australian Tour of Muriel’s Wedding is Maxwell Simon as the Pop sensation Chris T. Rounding out the rest of the cast includes Bailey Dunnage, Kate Schmidli, Samuel Skuthorp and Tayla Muir