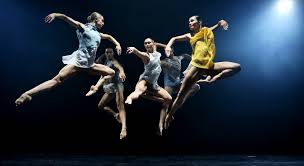 Also a premiere, Gabrielle Nankivell’s Neon Aether is a theatrical adventure into the infinite unknown. Inspired by science fiction and outer space, audiences will be transported into a vivid, ethereal world beyond the clouds.

Celebrate our 50th year through these three extraordinary works that will take you on one unforgettable journey.

Go to  https://www.sydneydancecompany.com/productions/season-one-2019/#.XSa5IpMzbBI for further information