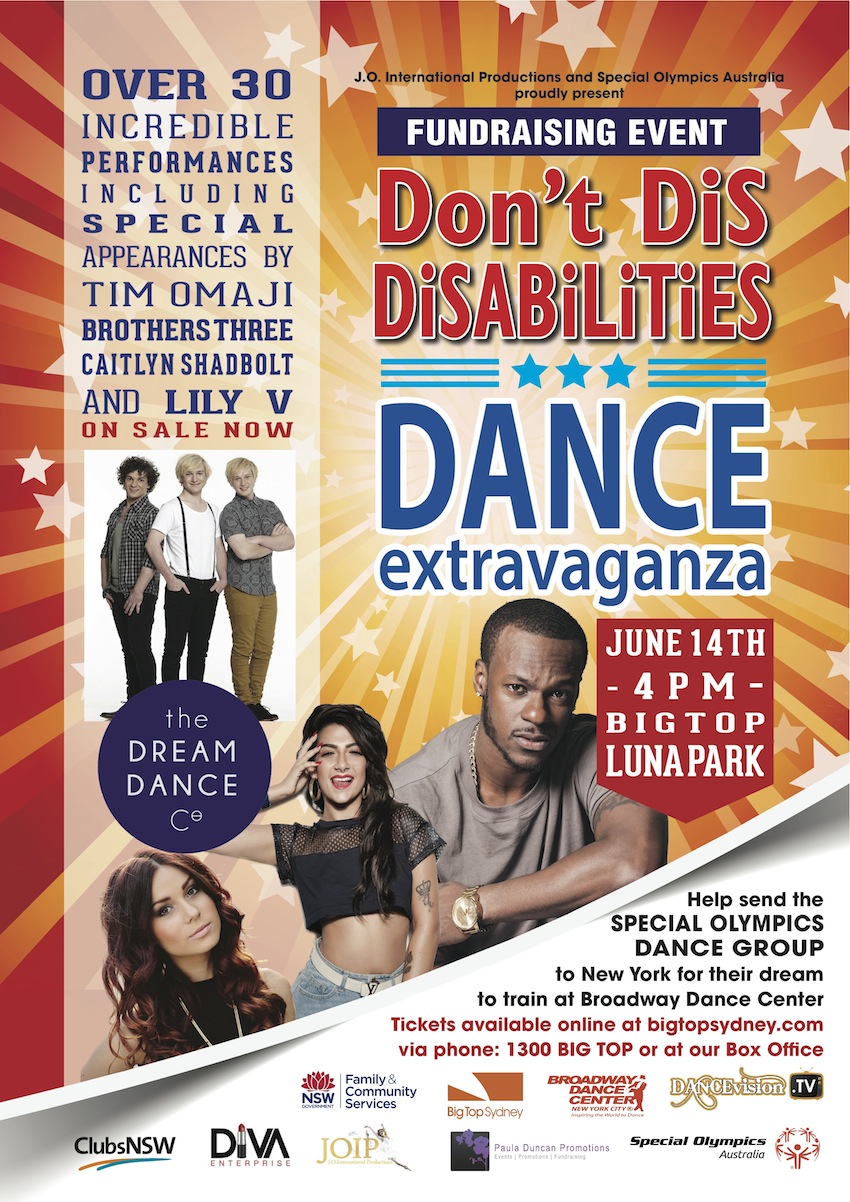 Plus, the Dream Dance Company (run by Marko Panic and Stephen Tannos) will perform in addition to Australia’s Got Talent sensations Ev & Bow and Phyl Crew. Australian dance companies Austinmer Dance Theatre, Dance Dr and Afrodisiaq are also on the roster beside the 2014 Showcase National Dancer of the Year and the nation’s top dance studios from all across Australia.

The “Don’t Dis Disabilities Dance Extravaganza” came about after the Special Olympics Dance Team was given the opportunity to come to Broadway Dance Center in NYC two years ago, but couldn’t afford to make the trip. Since then J.O. International Productions and Broadway Dance Center have set out to support these dancers on their journey to the USA, where they want to perform a work called Imagine.

To book tickets to this extravaganza, visit www.bigtopsydney.com or call 1300 Big Top. The Special Olympics dance program provides thousands of young men, women and children with all forms of disabilities (including Aspergers, autism, physical and intellectual disabilities, and mental illness) a way of expressing themselves and telling their stories.