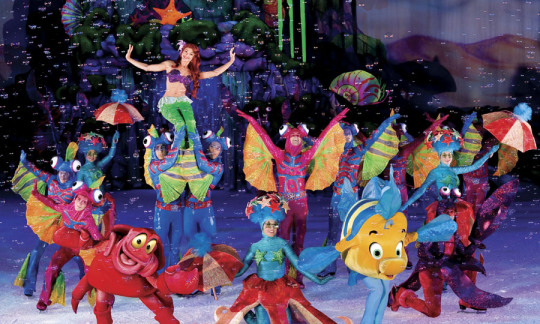 Join Ariel as she yearns to explore the world above the waves and Prince Eric as he breaks Ursula’s slithering spell to reclaim his one true love. See Prince Philip defeat the evil Maleficent as she transforms herself into a fire-breathing dragon in a race against time to rescue Sleeping Beauty’s Aurora. Be there to discover a whole new world with Jasmine and Aladdin. And, watch in awe as the dreams of Cinderella, Belle, Snow White, Rapunzel and Tiana all come true!

Produced by Feld Entertainment, Princesses & Heroes is opening in Adelaide on June 14. The production then travels to Newcastle, Brisbane, Melbourne, Sydney and Perth until July 21. The dates and locations for the 2013 National Tour are listed at www.disneyonice.com.au.

To purchase tickets from Ticketek, call 132 849 or visit www.ticketek.com.au/disneyonice. Tickets start at $28.50. Additional discounts may apply.