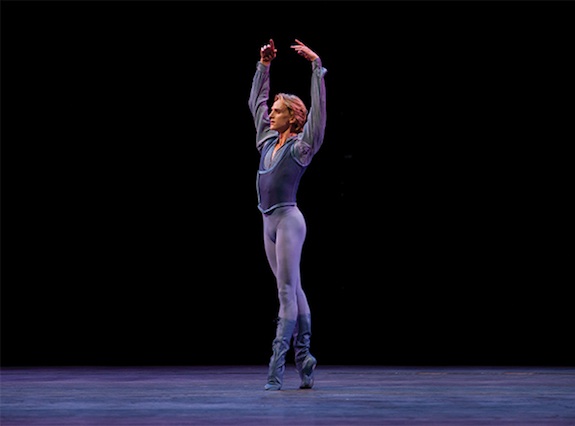 In an exciting coup, The Australian Ballet has secured international ballet sensation David Hallberg as a guest artist for the Sydney season of Cinderella.

Hallberg will dance the role of the Prince in a select number of performances: the evenings of Tuesday 10, Thursday 12 and Saturday 14 December. There are very limited tickets available for these shows as the Cinderella season is almost completely sold out.

The Artistic Director of The Australian Ballet, David McAllister, said Hallberg was one of the superstars of his generation.

“We’ve watched David’s international profile soar since he first guested with us back in 2010 in The Nutcracker, and we’re thrilled to have him dancing with us again alongside our very own world-class dancers, ” said McAllister. “He has a global following being a joint principal artist at both American Ballet Theatre and the Bolshoi Ballet, and is one of the world’s most in-demand dancers. Australians audiences are very lucky to get the chance to see him in the Southern Hemisphere!”

Hallberg made headlines around the world when he became the first American dancer to be invited to join Russia’s Bolshoi Ballet in 2011. He balances performing with them for approximately four months a year with his duties as a principal artist at American Ballet Theatre in New York.

Alexei Ratmansky has created roles for him in no less than five world premieres for American Ballet Theatre, making him a natural choice to dance the Prince in Cinderella.

Hallberg has been a guest artist at many of the world’s best ballet companies, such as the Mariinsky Ballet, Teatro Colon Buenos Aires, Kiev Ballet, Royal Swedish Ballet, Opera di Roma and Georgian State Ballet. In 2010, he won the Benois de la Danse Prize for Best Male Dancer for his performance as Albrecht in Giselle with American Ballet Theatre.

If you miss out on tickets to see Hallberg on stage, you can catch him at the special Hallberg and McAllister in Conversation talk at 5 p.m. on Saturday 7 December. In this conversational forum, McAllister will find out what makes Hallberg tick, insights into his world and what drives him as a dancer. Ask Hallberg a question on Twitter via the event hashtag #askhallberg.

Tickets to this talk are $20 for adults and $15 for children and subscribers. They are available now from australianballet.com.au/publicprograms.