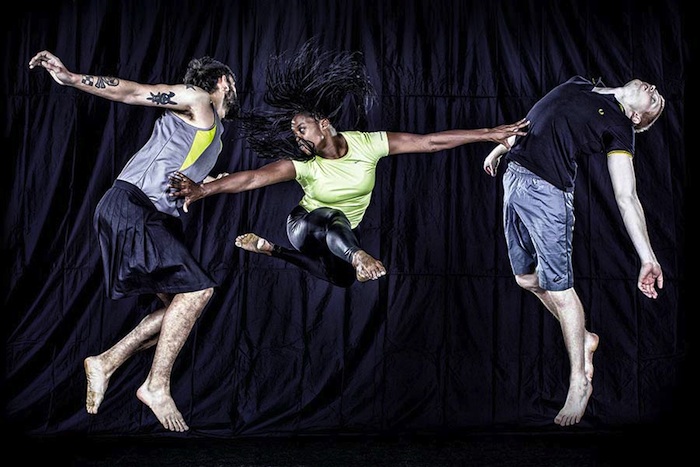 Reassessment – A Double Bill, an exciting program of cutting-edge contemporary dance by award-winning local choreographer Daniel Jaber, will be performed in the Space Theatre at Adelaide Festival Centre on August 6–9.

Reassessment is a work in two parts – Too far again, not far enough… and Agile. The solo work Too far again, not far enough… is performed by Jaber and asks both performer and audience to consider how they judge people in regards to gender roles and normalisation. A captivating and highly personal work, Jaber’s performance will leave audiences pondering their own identity.

What happens when a choreographer obsessed by provocation decides to find a link between the famous, virtuosic classical ballet – the Grande Pas Classique (a pas de deux by Gsovsky/Auber created in 1949) – and the 2005 hit “Kick It” by indie-rock-pop icons Peaches and Iggy Pop. The outcome is Agile – a work that unveils perversion used on stage over a century-long timeline. Agile is a fiercely physical quartette where gender boundaries and dance roles are blurred and bent to give new meaning to the male and female in dance.

Adelaide-born choreographer, Daniel Jaber joined the internationally acclaimed Australian Dance Theatre (ADT) in 2004 and has since created works for the ADT Ignition season, presented work in the Lucky Trimmer Tanz Performance Serie in Berlin and was the recipient of the AusDanceSA Dance Award in 2007. He has received several Adelaide Fringe Awards, one for Best Dance Work in 2010, as well as the Adelaide Festival Centre inSPACE Development Award. He was recently appointed resident choreographer of LWD (formerly Leigh Warren and Dancers) and will take over as artistic director in 2015.

Using a ferocious physicality, and featuring original sound by Thomas Jeker, costumes by Ruby and Prankstar, evocative words by Judith Butler and Susan Foster, Reassessment promises to provoke and entertain.

For further information, visit adelaidefestivalcentre.com.au. Adult tickets are $30, concession is $25.50 and GreenRoom is $20. This show is best for age 16 and above.