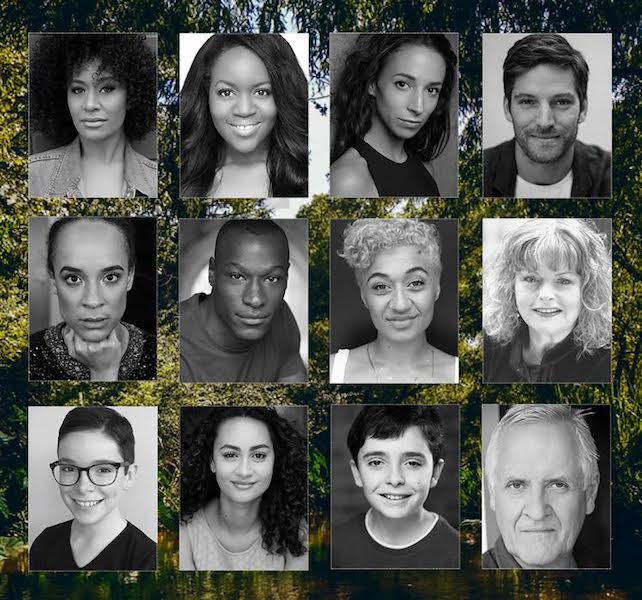 Hayes Theatre Co is thrilled to announce the cast of the Australian Premiere of the Olivier Award-winning musical CAROLINE, OR CHANGE. Directed by four time Helpmann Award winner Mitchell Butel, this uplifting and profound musical by Tony Kushner (Angels in America) and Jeanine Tesori (Fun Home, Violet) will play at the Hayes from 23 August.

1963, Louisiana. The president is dead and America is on the verge of one of the greatest social movements of the 20th Century. The Gellman’s maid Caroline, a single mother of four, shares a special bond with eight-year old Noah, who is heartbroken after the death of his mother and his father’s remarriage. Sneaking down to the basement laundry to spend time with Caroline and a range of fantastical, anthropomorphic characters, Noah will find his relationship with Caroline tested by an attempt to put more money into Caroline’s pocket, devised by his stepmother, Rose.

Loosely based on Kushner’s own memories of growing up in Louisiana, Caroline, or Change features a stunning score by Jeanine Tesori, combining spirituals, blues, Motown, classical, and Jewish klezmer and folk music.

CAROLINE, OR CHANGE is about crossroads – choosing new paths, finding our voice and finding hope in the darkest of places. And it’s about unlikely friendships, in this case, a young 10 year old Jewish boy, Noah and an African-American maid, Caroline who works in his family’s home in Louisiana in 1963. While the country is at a crossroads in terms of the civil rights movement, both Noah and Caroline face similar precipices.

Based on Kushner’s actual childhood, this tale is tough, joyous, magical, surreal and constantly compelling. And full of the best gospel, blues and soaring diva ballads you’re ever likely to hear in a theatre. Elenoa Rokobaro stopped the show nightly in my production of Violet with her voice of gold and I’m delighted to be working with her again as she scales new dramatic and musical heights in this powerhouse leading role. Backed by a phenomenal cast, the musical director of Violet Lucy Bermingham, Violet’s designer Simon Greer and lit by Alexander Berlage and choreographed by Yvette Lee both direct from the recent hit production of American Psycho, it is a dynamite crew. I can’t wait to help them bring Louisiana to Potts Point.”

Tickets for CAROLINE, OR CHANGE are available now at hayestheatre.com.au