admin April 23, 2014 Dance News, So You Think You Can Dance No Comment 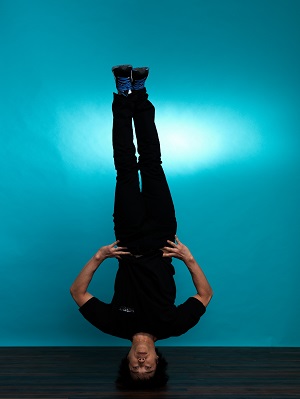 Congratulations on making it this far in the competition. Was the experience of being on the show what you imagined it to be?

Blond
“I’ve been dancing for about 18 years and this has been one of the busiest experiences I’ve had in my life.”

Eden
“I think it was more than I ever imagined it to be. It’s an experience like no other. I had the most incredible time dancing and working with all of the choreographers and meeting all of the amazing Top 20.”

Blond, coming on to the show as a bboy and then taking on so many other genres, did you surprise yourself at what you’ve been able to do?

“Yeah, I was surprised because I found there was so much fun in other genres. I found out in the beginning that I had such passion for these genres. It was just amazing.”

Obviously the show improves you as a dancer. How has being on the show changed you as a person?

Blond
“You never have this kind of experience if you haven’t been on the show. I didn’t realise how much I would love the other genres. Once I became involved in these genres, I thought ‘wow, this might be different, but there’s so much fun in it.’ Now I feel like I want to do more.”

Eden
“Being on the show has definitely changed me as a person. I even had my 21st birthday there! [laughs]. Just being surrounded by people with like minds and the same passion is really amazing because you don’t always get to be in an environment like that all the time. It’s really helped me grow with my dancing and as a person. It was incredible.”

Blond, is there a particular dance style you would like to continue learning? 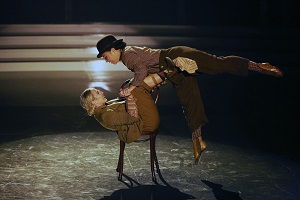 Eden, did you know most of the dancers before the show?

“I didn’t know them well, but knew the majority of them through the industry. It was only just on a ‘hi’ basis and nothing more than that. Now I would call them great friends, which has been such a wonderful journey.”

Is there a particular choreographer you enjoyed working with the most?

Blond
“I love them all, but let me see… I still remember working with Chris Scott from America. He has such a unique way to choreograph because he looks at the dancers and uses their ability through his choreography. That’s pretty unique. I love Sarah  Boulter and Debbie Ellis as well, because they challenge me with the choreography, but at the same time they give me a lot of encouragement.”

Eden
“I loved working with all of the choreographers, but a choreographer I hadn’t worked with before was Rafael Bonachela. He definitely challenged me throughout his movement and because I am a contemporary dancer, I respect him very highly. It was amazing to be able to work with him and that was definitely a challenge even though it was my genre. It was totally different and everybody else would vouch for me as well. We weren’t used to that style, so we were all sore and couldn’t walk, but it was just a great way of learning how to move your body in a different way.”

Blond, are you surprised at all by how the public has been voting?

“I was really surprised when Carrie called my name first when I got the highest vote for the males that week, because I didn’t expect that at all. Then when I got eliminated, I wanted to stay longer. It sounds like because I got the highest vote, people didn’t vote for me anymore, and I didn’t think I did a really good job compared to other weeks. Things happen and I knew that it could change every week. You can never predict who is going to win. It’s about Australia’s favourite dancer and if you ask me who my favourites are, I would say Michael and Renelle.” 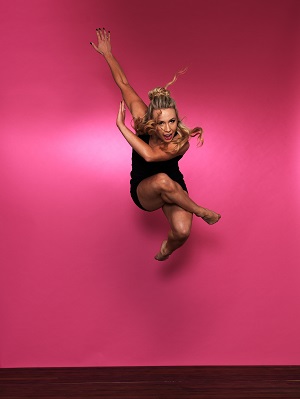 Eden, did you find it was a shock to be the second highest female in the voting one week, and then to have to leave the competition the following week?

“Yeah. It is very surprising at times. You can never really know what is going to happen. I went from second highest to out of the competition so you really can’t control much, you just have to go out there and do your best every week and hope that’s coming across to the public.”

When you were eliminated, did the judges offer you any advice on where to next?

Blond
“I feel like they really like me, which is really good. I felt like I did a great job. Paula told me to come to LA…Let me think about that [laughs].”

Eden
“Paula told us we need to get over to America and start working and dancing over there. It sounds amazing, but we just need to work out how that all happens. They were really encouraging and supportive of us even though we were eliminated.”

Eden, are there particular things you have learnt from the judges that you will take on board?

“There is a lot that I will take on board! The main thing is to leave it all out on the floor and don’t take anything for granted. Always put in the work. You go out there and you have only got one shot to perform. You just need to perform with all that passion and just really go for it and don’t hold back.”

Eden, who do you think has a strong chance of winning the series?

“From the public’s voting, I think it’s definitely getting stronger for Michael. I would love to see Michael win this competition. He’s so deserving, an incredible dancer and person, so I hope the voters out there are putting in their votes for him.”