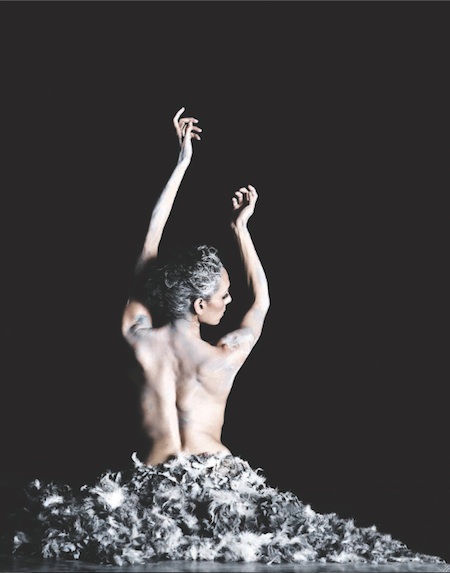 Kinship will tour Victoria starting at the Geelong Performing Arts Centre on August 15. The tour will then move on to Dandenong, Mildura, Warragul, Sale, Frankston and Nunawading before concluding with shows in Hobart on September 12 and 13.

Brolga is a creation story inspired by the totemic systems in Australian Aboriginal culture, where every person is assigned a creature totem related to their clan. ID investigates what it means to be Aboriginal in the 21st century, asking important questions of identity.

Performing as part of the all Aboriginal and/or Torres Strait Islander dance ensemble is Bangarra’s Artist in Residence and respected elder from Yirrkala, North East Arnhem Land, Kathy Balngayngu Marika. Kathy’s traditional knowledge and spirit is at the heart of Bangarra, informing the skills, culture, language, music and storytelling that come together to create the company’s distinctive work. Kathy Marika received the Deadly Award for Dancer of the Year in 2011.

For Kinship, Bangarra also welcomes a new full time company member Jesse Martin. Jesse is a descendant of the Bundjalung people of Northern NSW and also shares Dutch and Spanish heritage. Last year he performed in various productions including works that featured in the Sydney Festival and the Edinburgh Festival.