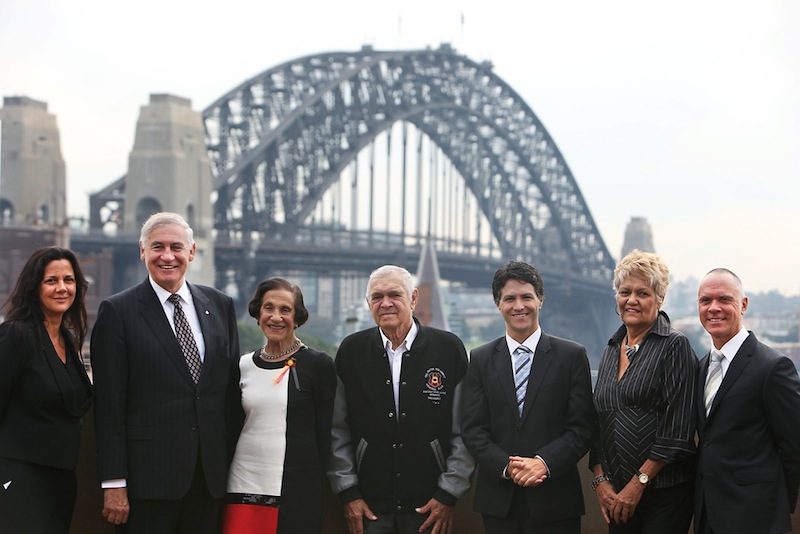 Called Corroboree, the new annual festival will find a home in Sydney for at least the next three years. It will be held over 11 days, from 14 November to 24 November, 2013, and is being put together by nine of Sydney’s major arts and cultural institutions which have strong Indigenous programs. It has unprecedented support from the Indigenous community.

“I am delighted to announce the inaugural national Indigenous arts and cultural festival, Corroboree, and the NSW Government’s support for this important event,” Governor Bashir said. “Corroboree will give us all a chance to begin to understand and celebrate the true culture of our Aboriginal and Torres Strait Islander people – the original inhabitants of this great land.”

Souris said, “Corroboree is aimed at bringing together Indigenous art and culture from around the nation and will become one of Australia’s major cultural events.

“The NSW Government is very pleased to be supporting a festival of such national importance not only for Aboriginal and Torres Strait Islander communities, but for all communities across Australia. Interest and participation in Indigenous culture continues to grow and with NSW having the largest population of Indigenous people in Australia, our State is the right place to host this significant event.

Souris added, “[Corroboree] will also provide the State with a direct economic impact of approximately $21 million over the three years, with an expected 55,000 interstate, intrastate and international visitors to attend.”

Minister for Aboriginal Affairs, Victor Dominello, said, “This is an important event that will demonstrate and celebrate the diversity and strength of Indigenous art and culture to the people of Sydney, NSW and beyond.

“Art and culture is a crucial part of the social fabric of Aboriginal people and communities throughout Australia. This event will help provide opportunities for Aboriginal and Torres Strait Islander people to share their important and vibrant cultures with all Australians as well as visitors from overseas,” Dominello said.

Her Excellency, the Governor of NSW, Professor Marie Bashir AC CVO is Patron of the Corroboree festival.

Bangarra Dance Theatre Deputy Chair and Corroboree Working Group Chair, Michael McDaniel said, “Not only will Corroboree become a beacon for focusing attention on Indigenous culture, but it will provide visitors and residents the chance to experience existing collections and activities in the city and provide opportunities for cultural expression and pride within the community.”

Destination NSW Chief Executive Officer, Sandra Chipchase said, “Hosting and supporting the largest national Indigenous arts and cultural festival is a chance to showcase our amazing arts in Australia’s global city to Australians and visitors from around the world and to celebrate Aboriginal and Torres Strait Islander history and culture.”

“Corroboree” is a word recorded by Europeans (derived from the Sydney language word “Carriberie”) to describe a ceremony involving singing, telling stories and dancing. The Corroboree was first seen by Europeans at a site that now includes Sydney’s Royal Botanic Garden.

Festival elements will include: opening of Corroboree with a Kids’ Parade and Aboriginal Elders Firelight Ceremony; workshops, tours, exhibitions and performances by Sydney’s diverse cultural, arts and heritage institutions; Educational Culture Camps for secondary students across NSW; Film, Music and Dance at Cockatoo Island; Youth Career Day for Indigenous young people; Arts and Crafts Market at Walsh Bay; Fashion and Design Showcase bringing together the best of Indigenous Design from across Australia; and the First Nation’s Conference.

More information will be released as available.