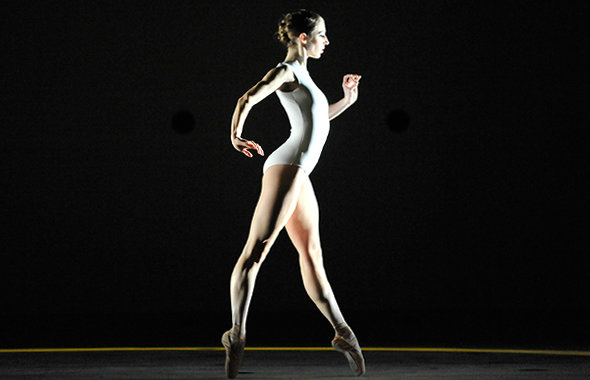 The Australian Ballet celebrates ground-breaking moments in ballet history with Vanguard, a triple bill of works that challenged perceptions of ballet and set the foundations for contemporary dance.

George Balanchine stretched classical technique with The Four Temperaments. Jiří Kylián raised the bar for abstract ballet with Bella Figura. And Wayne McGregor’s Dyad 1929 redefined ballet for the 21st century. Vanguard opens at the Sydney Opera House from 30 April for 20 performances and then will travel to Arts Centre Melbourne on 6 June.

“Classical ballet underwent dramatic developments in the 20th century,” explains McAllister. “Moving into this century, the vocabulary of dance continues to evolve in ways that shift people’s expectations of what classical movement can express. All three choreographers have played a role in reinventing and reinvigorating ballet, so it’s a great pleasure to bring three of their best works together in one season.”

Balanchine created The Four Temperaments as a study of the four Ancient Greek “humours”: melancholic, sanguine, phlegmatic and choleric. The choreography is angular, abstract and challenging to perform. Although a break from the ballet styles of its day, it has stood the test of time to make its way into the repertoires of many companies worldwide.

Almost 50 years later, Czech choreographer Jiří Kylián posed fresh directions for ballet with Bella Figura. Appointed co-artistic director of Nederlands Dans Theater at the age of 28, Kylián has been at the forefront of dance innovation for four decades. He created Bella Figura in 1995 as a meditation on the subconscious. Aiming to create the feeling of standing on the edge of a dream, Kylián created a work that is abstract yet psychological.

Completing the triple bill is Dyad 1929, created on The Australian Ballet in 2009. English-born McGregor started his own company Wayne McGregor l Random Dance at the age of 22 and is currently resident choreographer at The Royal Ballet. McGregor has established an international reputation as a daring dance maker. As The New York Times declared in 2008, “He’s doing some of the most exciting work in ballet on the planet.”

McGregor created twin works in homage to the legacy of the Ballets Russes: The Australian Ballet’s Dyad 1929 and Dyad 1909, a work he created for Random Dance in the same year. Dyad comes from a Greek word meaning “two” or “otherness.” 1909 and 1929 refer to the year that Sergei Diaghilev formed the Ballets Russes and the year that he died.

In Dyad 1929, an ensemble of dancers fills the space with dynamic, super-human sequences. Under bright lights dancers move with whippet-like pace, snapping from one mind-bending formation to the next. The work is demanding to dance and amazing to watch, officials said.

With three works that move classical ballet into the realms of human identity, personality and emotion, Vanguard will delight the senses and stimulate the mind.

For more information or to book tickets, visit australianballet.com.au or call 1300 369 741. The Sydney performances will be presented at the Sydney Opera House  Joan Sutherland Theatre  with The Australian Opera and Ballet Orchestra. The Melbourne season’s 12 performances will be presented at Arts Centre Melbourne  State Theatre  with Orchestra Victoria.