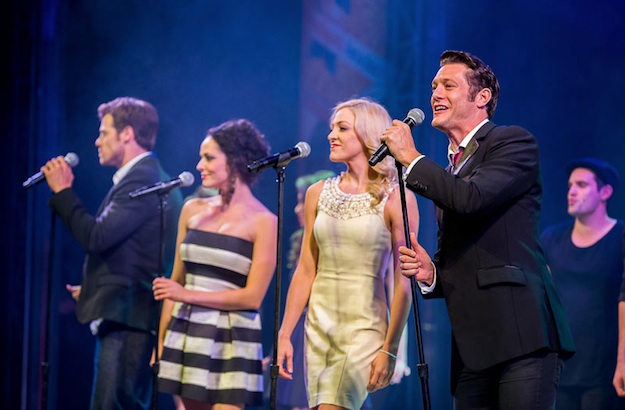 The six finalists for the 2014 Rob Guest Endowment Award will perform alongside guest artists at a Gala Concert on Monday, October 13 at the Capitol Theatre in Sydney, where the judging panel will announce the 2014 winner, who will take home the highly coveted $20,000 prize.

The Gala Concert will be hosted by veteran Australian entertainer Bert Newton and guest artists performing at the Gala include Natalie Bassingthwaighte and the cast of Wicked.

Presented with the support of ANZ and Destination NSW, the night promises to once again be a highlight on the Australian musical theatre calendar.

NSW Deputy Premier and Minister for Tourism and Major Events Andrew Stoner congratulated the Rob Guest Endowment Award finalists in August. He said, “Making the finals of the 2014 Rob Guest Endowment Awards is an outstanding achievement and recognition for the hard work and dedication of these six talented performers. I wish each of them the best of luck for October’s awards night in Sydney.”