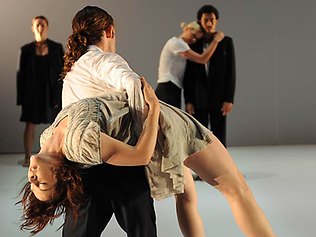 The West Australian Dance Awards (WADAs) recognise and celebrate the achievements of the West Australian dance community in the areas of performance, choreography, technology, service, teaching and community. The 2013 WADAs will be held at the Luxe Bar at the Bamboo Amphitheatre in Perth on Wednesday, November 27 at 6:30 p.m.

For the choreography category, the following choreographers were announced: Sue Peacock, previous WA Dance Award winner, for Reflect; Quindell Orton and Serena Chalker, directors of Anything Is Valid Dance Theatre, for Life in Miniature; and Emma Sandall and Cass Mortimer-Eipper for Fleck and Flecker, a critically acclaimed multimedia and dance production.

The other finalists that have been announced are listed below: