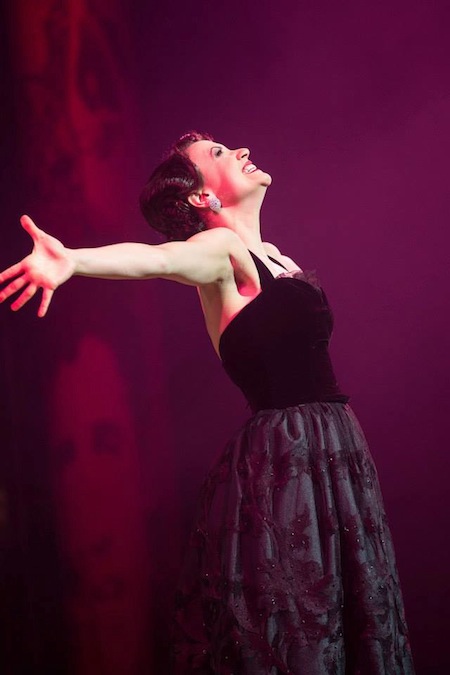 On Monday, November 25, the winner of the annual Rob Guest Endowment was announced for the first time in Sydney at the Gala Concert hosted by Bert Newtown at the Sydney Lyric. Performer Samantha–Leigh Dodemaide, currently starring in King Kong, was named the 2013 winner. Samantha is known for her appearances in Wicked, Anything Goes, The Producers, A Chorus Line and A Funny Thing Happened On The Way To The Forum.

The 2013 Rob Guest Endowment Gala Concert, presented by ANZ Wealth, was brought to Sydney by the NSW Government through its tourism and major events agency, Destination NSW. It was a wonderful night supported by many of Australia’s finest theatre organisations, individuals and fans. It showcased the talents of the six finalists vying for a scholarship for young artists to develop as performers through experience, travel and tuition.

Following hundreds of applications and auditions, the six finalists performed various musical theatre numbers. Euan Doidge performed What is it about here and You and Me, Rob Mallett performed Streets of Dublin and Till I Hear You Sing, Edward Grey performed Along the Way and Tell My Father, Angelique Cassimatis performed Don’t Rain on My Parade and I Can’t Do it Alone, Elisa Colla performed Home and On The Steps of the Palace, and ultimate winner Samantha-Leigh Dodemaide performed Gimme Gimme and Get Out and Stay Out.

The finalists for the concert were selected by judges Kellie Dickerson, Jason Coleman, Stephen Oremus and Stuart Maunder. “Each year our job as judges gets more and more difficult,” said judge Stuart Maunder. “Holding the Gala in Sydney really made me feel like the endowment has come home.”

Also performing at this year’s concert were special guest artists Adam Garcia, Eddie Perfect, Tony Sheldon and Rhonda Burchmore. There were even performances from cast members of the hit musicals Grease and King Kong, as well as a preview by casts of the 2014 musicals The King & I and Les Miserables.

Samantha–Leigh Dodemaide was this year’s lucky winner to receive the support to take her career to the next level. She has always wanted to perform, even from a very young age. Now she has the financial ability to take a risk and put herself out there even more. To see an interview from December 2011 with Samantha when she was performing with A Chorus Line, click here. To hear some advice from Samantha on what to do to succeed after graduation, click here.