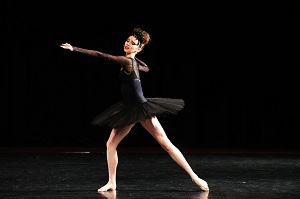 After being awarded the $7,000 scholarship, Isobella, who studies with Janine McGrath in Brisbane, scored a second triumph when The Australian Ballet School’s Head of Student Training Leigh Rowles rewarded her with a scholarship to the school.

This scholarship, is open to dancers aged 14 and 15 years and as so many previous winners and finalists have made successful careers with leading companies throughout the world, many believe it showcases the future of dance in Australia.