‘The Scarlet Trace’ premieres in Prahran 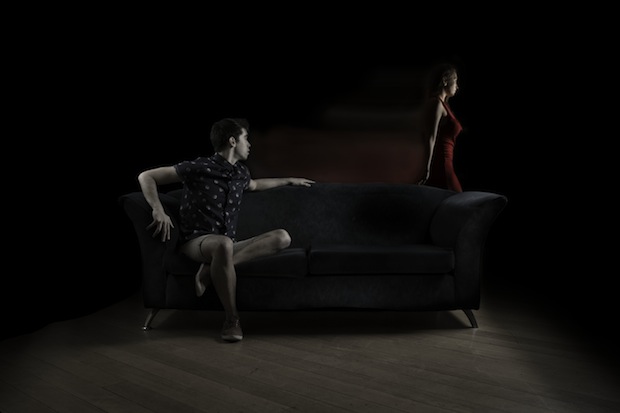 Gifted dancer and choreographer Benjamin Curé – who was in the top 100 of this year’s So You Think You Can Dance Australia – is set to challenge hearts and minds through his original dance piece The Scarlet Trace, which will be presented Thursday-Saturday, May 29–31 at The Space Dance & Arts Centre in Prahran.

The Scarlet Trace is a contemporary dance piece that explores the intricate nature of modern relationships, tracking the lives of six friends and the diverse love stories that develop between them.

Set in three homes, the show gives an intimate look into the state of each of the characters’ relationships and what unfolds behind closed doors; the young-married couple, the ‘just moved in together’ boyfriend and girlfriend, and the single guy who finds love.

“Love is the key idea [in The Scarlet Trace] – it is the motive behind everything we do. I wanted to explore love in the context of community, including the privacy of the home,” Curé says.

Curé was inspired to choreograph The Scarlet Trace by a few songs that struck a personal chord in him. The images that these songs conjured up evolved into the stories of each couple.

Through dance, The Scarlet Trace delves into the joys and pains of love in an authentic and open way.

“I want people to start conversations – it doesn’t have to be about the same experiences of the characters but I want them to feel like they can spark conversations about relationships,” says Curé.

Curé, a native of Melbourne who now lives in the southeastern suburbs, has always had a strong passion for dance. He started dancing casually at the end of high school, and realised it was what he wanted to do in life. Even after he underwent open-heart surgery at just 20 years old and spent a year attending physiotherapy, he got back on his feet and started dancing again. In 2012, he was awarded a scholarship to dance full-time at The Space Dance and Arts Centre, where he worked persistently to rebuild his bodily movement and chase his dreams of being a dancer.

Today, Curé is not only a gifted performer and teacher but also a skilled choreographer. His latest work, The Scarlet Trace, is presented by Candlelight Productions, a non-profit arts production company that uses different forms of art to strengthen community and shape culture.

In addition, Curé will also be holding a lyrical dance workshop on Friday, May 30 at 12 p.m. It’s aimed at dance students at a VCE level, but is open to everyone who’s interested in choreography and the process of putting a dance show together. The one-hour workshop will be followed by the matinee performance of The Scarlet Trace at 2 p.m. The workshop costs $15 independently, or dancers can pay $30 for the workshop and the show (regularly $18 per show ticket.)