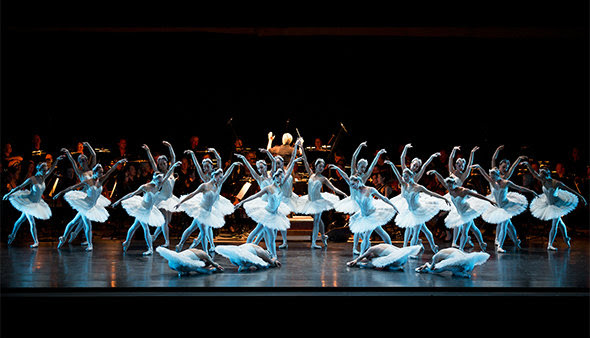 To celebrate an unprecedented 30-year partnership with its Principal Partner Telstra, The Australian Ballet will kick off its 2014 Melbourne season with the return of Telstra Ballet in the Bowl and the onstage announcement of the 2014 nominees for the Telstra Ballet Dancer Award.

This free outdoor performance and announcement will be held under a moonlit sky at the Sidney Myer Music Bowl on Friday 7 March.

The performance will showcase a mixed bill of ballet favourites, including excerpts from The Nutcracker, Sleeping Beauty and the company’s newest production, Cinderella. It will be an opportunity for audiences to see some of Australia’s most beloved dancers and the best up-and-coming talent.

Prior to the performance, six nominees will be announced onstage for the 2014 Telstra Ballet Dancer Award – the highest accolade for ballet dancers in Australia.

Performing before a home crowd for the first time since being crowned the 2013 Telstra Ballet Dancer Award winner will be Victorian Chris Rodgers-Wilson. The event marks a triumphant homecoming for the young dancer, who took home the coveted prize in November.

Acting Telstra Area General Manager for Melbourne CBD and West, Robert Franze, said the free outdoor performance continues to be a calendar highlight and will officially mark the start of Telstra’s 30th anniversary with The Australian Ballet.

“We are incredibly proud to be celebrating this milestone in our partnership and are encouraging dance enthusiasts to join us for this amazing performance under a canopy of stars. This year’s spectators will also be the first to hear which six dancers from The Australian Ballet have been selected as nominees for the 2014 Telstra Ballet Dancer Award,” Franze said.

Complementing pirouettes and pas de deux will be the exquisite sounds of Orchestra Victoria, helping to bring the Bowl to life with music from some of the world’s best known composers.

The Australian Ballet’s Artistic Director David McAllister said the performance will be a highlight of the year for both audiences and dancers alike.

“There’s no greater feeling for a dancer than performing under a starlit sky to a capacity crowd of families, friends and fans who have gathered together to witness world-class ballet in a magical setting.

“This year’s event is extra special as we celebrate one of the longest running arts sponsorships in Australia and the anniversary of our very first free performance in 1974!” said McAllister.

The free event aims to bring ballet to as many fans across the country as possible, and Telstra’s generous sponsorship has seen it take place every year since 2000.

More than 80,000 people have experienced the mesmerising evening that features a selection of divertissements from classic pas de deux as well as the company’s newest contemporary works.

For Telstra Ballet in the Bowl, gates open at 4 p.m. for a 7:45 p.m. announcement and 8 p.m. performance on Friday 7 March.  No pre-booking required. This is a free event for everyone – so bring family, friends and a picnic rug to enjoy a spectacular evening of dance.

In the case of wet weather, check australianballet.com.au from 3 p.m. on Friday 7 March for updates.