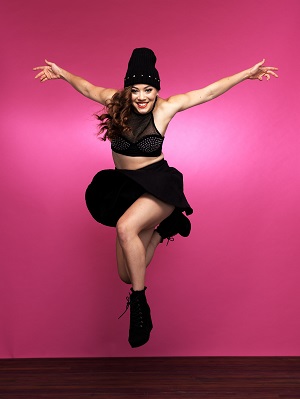 This week we saw a shake up, and not just from the Jennifer Lopez inspired group performance. After the dance for your life segment, the judges announced a change in format for the following weeks – for the first time in So You Think You Can Dance history, the boys will be performing with the boys and the girls will be performing with the girls! All of the dancers looked completely shocked yet excited at this news.

But first, let’s get back to the performances of the night…

The top 14-group performance saw all dancers perform a Latin, hip-hop inspired number to a Jennifer Lopez track. It was an energetic piece that highlighted all of the competitors as strong dancers. I couldn’t say there was one particular dancer that stood out as everyone was on his or her game.

Justice Crew, Joel Fletcher and Savage took to the stage to entertain the crowd between the duo performances. They had everyone in the crowd up and dancing, and these performances were the perfect way to keep the mood light hearted during the somewhat tense moments of the show.

Lauren and Patric performed a powerful contemporary number that highlighted their great control and strength as dancers. As usual Lauren stepped up to the plate and had everyone mesmerised, and Patric was the perfect partner again in this piece. Lauren and Patric are definitely ones to watch in this competition.

Eden and Blond performed a lyrical hip-hop number, choreographed by Juliette Verne. The piece required Eden to get ‘dirty’ in terms of the character she was to portray. Unfortunately the piece did not really sit well with the judges – the movements were not hard hitting and the overall performance just seemed to lack something.

Maddie and Chris aimed to put on a top performance, especially considering they were in the bottom six for the night. And these two did exactly that! Chris took on the role of a cool, Danny Zuko type character who tried to get the ‘good girl’ Sandy. It was great choreography, and a great partnership between the two.

Ashleigh and Jay performed a rumba routine. Considering rumba is one of the hardest genres for the dancers on the show, the duo did a commendable job. There was a bit of work needed in terms of the technical elements, however there was a great energy and feel to the piece. 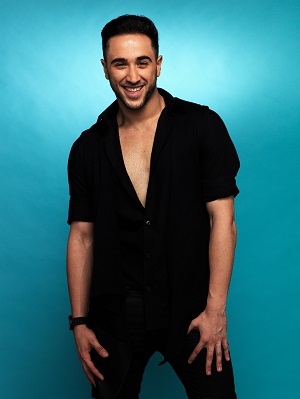 Yukino and Stephen performed a jazz number that took on a Hunger Games style storyline. The costumes were great, and the partnership seemed to show a significant improvement from the previous weeks. There was a lot of hard-hitting movement and great energy felt from beginning to end. At times it did feel a bit messy, with Paula stating that there was so much choreography in the piece.

Zoey and Sam performed a Footloose inspired number that seemed to fall short with the judges. The movements were not as sharp as they would have liked, and similar to a few other pieces on the night they seemed to lack an extra something. The piece did not highlight their strengths, as we all know how talented these two are. Hopefully they will be able to come back next week with a better performance.

Michael and Renelle by far, were the standouts of the night! Their performance choreographed by Paul Malek took on the serious but most common form of addiction, being alcoholism and the strain it can put on a relationship. This was quite a tough performance mentally for the dancers as they could relate in some form to the topic, whether with a family member or someone else they know. Their ability to relate to the topic was to their benefit as they performed a moving number that had everyone in the audience simply glued to them. The judges agreed there was a great maturity from Michael in this particular performance.

Again the dance for your life segment was jaw dropping! In that short period of time, each dancer stepped up to the plate and delivered an amazing performance, highlighting their strengths. The judges have an incredibly difficult job each week to eliminate two dancers, and it’s definitely not getting any easier. Unfortunately it was time to go this week for Yukino and Chris.

Adding to the special battle of the sexes showcase next episode, British singer-songwriter Gabrielle Aplin
will take to the stage to perform her breathtaking chart-topper The Power Of Love.