Abbotsford Convent and Victoria Chiu present What Happened in Shanghai? 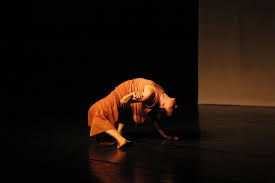 Abbotsford Convent and Victoria Chiu present What Happened in Shanghai? in the Magdalen Laundry from 21 – 24 February, as part of Asia TOPA 2020. Drawing on her family roots in Shanghai, choreographer Victoria Chiu interrogates how the contemporary body can illuminate different attitudes towards family – and why families make the often difficult decision to move their home across borders.

Melding contemporary dance, video and live music from Chinese and Australian artists, this evocative collaboration begins like the sharing of a story and unfolds as a contemplation of our connections in the present. Four dancers explore the spaces between death and new life, influenced by the resilience passed down from their female ancestors.

“The dancers weave through vignettes and emotions that cross time and culture, responding to the (dis)connections between their lives and that of their grandmothers,” said Victoria Chiu, “My grandmother, Yuen Kun Chi, studied the piano at the Shanghai Conservatorium during the Japanese occupation. Her best friend Chiubik perished in the turmoil and her dying wish was for my grandmother to replace her as wife and mother.”

“My perception of my grandmother is framed by having known her only as an old austere woman whose language I couldn’t speak. Would I have a different opinion of my grandmother if I had been able to know her in her youth? What was the essence of the moment when she made this momentous decision that led to the accident of my existence?”

What Happened in Shanghai? is an intimate multi-disciplinary work told through English and Chinese text, personable projections and the body, with live music by Guzheng player Mindy Meng Wang and Chinese electronic artist MHP (aka Ma Hai Ping).

Previously performed at the Shanghai International Arts Festival RAW!Land 2017, What Happend in Shanghai? at the Convent will feature Victoria Chiu (choreographer) dancing for Kristina Chan, alongside Alice Dixon, Lui Ya Nan and Feng Feng Wang.

For further information visit: What Happened in Shanghai?